Your Relationship May Be Damaged But Not Destroyed! Find Out!! 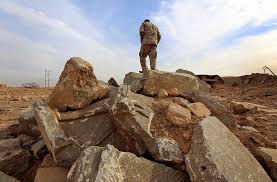 Damaged But Not Destroyed!

In relationship between boy/girlfriend things always go wrong. Between husband and wife,it is laughter today,regret tomorrow. In the family circle,children are in war with their parents as they grow up. Among clique of friends,distrust rains like water and fires like brine stones.

Yes,we know,and we believe that although damaged,nothing is destroyed! Yes no matter how bad the situation might be,it is only damaged but not destroyed! 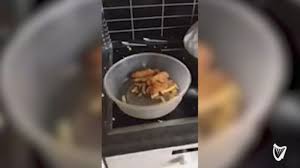 We have a story of a young man who although never wanted to end his relationship with his girlfriend of many years,but got to let her out of his life to enable him engage in a dirty activity that would bring him money and fame. To let shift of  his girlfriend so he could be free,he told her that she was a distance friend and asked her whether both of them have sat down to discuss any family issues.

After many years of leaving their relationship,he didn’t succeed in what he went for and by then,his girlfriend had grown so big and very comfortable on her own.

The young man wished they were still together. He wished he never denied her of ever having something meaningful with her. He just wished he didn’t apply his suggestions and keep with his girl because right now,he looks deserted!

That young man had damaged his relationship with his girlfriend and finds it difficult to come back to her. But you know what? That relationship was only damaged,but not destroyed.

But then there was another man.( But why men all the time?) He was very close to his friend even after his friend got married to his woman. Their friendship continued to grow like branches of iroko tree until he attempted to deceive the wife of his best friend saying she could try him in bed and things like that.

Being a good woman,she said she got frozen in hot weather and wasn’t sure it was for real! Of course she reported it to her husband and the rest was the story. Yes,that sweet friendship damaged. It got damaged yes,but it was not destroyed!

In family circle,we see some children fight their parents. Most times,it is not an action of youth exuberance but  defiance.In situations like these,the key to family happiness is loosen and lost. No warm embrace,no family tie! Damaged,but not destroyed!

Dear Motivational friends,the always truth is that in this life,you will some day somewhere be damaged,but don’t worry,you are not destroyed! Things would be broken,but nothing is destroyed!

DAMAGED BUT NOT  DESTROYED!

From the above mentioned examples of situations where things go wrong and lead to many damages,we say that they could still be repaired.

For example,the man who almost got the wife of his best friend to cheat on her husband later humbly apologized to his friend. He accepted he made advances to his friend’s wife and said he was sorry. Being a good friend too who cherishes and respects friendship,the husband forgave his friend and their friendship still continues. Of course he would never try it again. He has been humbled!

As for already damaged relationship,the same thing can still be applied! Humility! If the young man humbles himself and goes to his girlfriend and tender apology and explanation to why he acted the way he did,he could still be forgiven I am sure. You know girls,women or ladies as you may call them,they have soft heart. They are very emotional,and their anger is a storm in a tea cup!!

Again we say to you,no matter whatever you have damaged or that has been damaged,it is not destroyed! It has a state. And beautifully enough,the state at which it is right now it that it is only damaged,but not destroyed!!!

5 Negative Effects Of Cheating In A Relationship