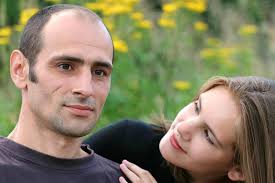 Photo: Marriage and anxiety.
Wow Wow Wow! This is not a Jamb simple question as some people would say,but like seriously,this is so intelligent kind of question! Yes,married people,those who have already married and those who are still in marriage,this is a question young people ask: ”How much should a man have before going into marriage?
May I ask young people please: Does money keep marriage going? What lies the objective of your question? Did you ask to know how much you should have for your marriage ceremonies or how much one may at least have after all marriage rites and ceremonies?
I know that truly,this issue brings some kind of anxiety to young people especially those who look forward to getting married some day. And so they are asking? How much should a man have before going into marriage?
Again let me ask one more question to young people here: The money you want to save before marriage,what will it be used for? Is it for food? House and furniture? For maintenance? For unborn children’s upkeep and care?
Certainly all of the above right?
Okay,I would give you some experiences of some married men who are still in their marriages and are still happily counting!
I couldn’t remember their names but let’s call one Mr. AC and the other Mr.BC.
When Mr. AC was telling me how he started his relationship with his lady over ten years ago,he said he did not have more than 30,000 naira in his account after their marriage ceremonies. All he made sure he did was to secure a good job and worked for few months before he went into marriage with his lady.
Mr. BC on the same hand tells similar story. All that was left in his account was not up to 40,000 naira after his wedding. But he had a job security,saved for his wedding,and had some little more reserved at least for their upkeep for a month.
Did you get some reasonable answers to your wonderful question?
You don’t need to have hundreds of thousand of dollars ,pounds,euro or naira,before you go into marriage my dear one. What is necessary,what must be kept down before marriage are job security,home,and some savings.
Read more: What Do Women Really Want? See The Answer Witches Give!
You do not need to have millions in your account before you could be sure you are capable of going into marriage,no! Marriage does not need such security,but love and some assurance!
Young people still ask: How much should a man have before going into marriage?
Tags: single & Married
Previous Post

Celebrity Asks: ”If A Man Marries A Woman Because Of Her Money,What Is It Called?”

Celebrity Asks: ''If A Man Marries A Woman Because Of Her Money,What Is It Called?''