Will You Rather Marry And Divorce Than Remain Single? 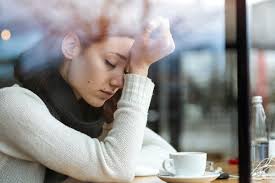 Well this is what we hear as words of advice for some single ladies out there who are still finding it difficult to meet their choice of marriage mates.But this has never been said to any man that he should be married today and get divorced and get divorced tomorrow. The reason for this is not the point of our discussion today but the question: ”Should one, ( A lady) get married just to any man that comes in the name of marriage and divorce than remain single?

Because marriage is a life time journey,both man and woman take their time to choose carefully marriage mates they would love to spend rest of their lives with. However,this does not always end well with women because their reproductive period ticks faster than men’s.
However,some women naturally would like to be single than have men call husbands that would put restrictions in their life,making them go slow and unhappy in life. But unfortunately for these ladies,their culture frowns and does not support the idea of women being single without marriage mates either as choice or by circumstances .
This is especially common in Africa where women are honored only when they are married!
In order words,African culture prefers,advises and forces women who rather prefer to remain single than marry men they won’t be happy with to just get married and then divorce than remain single forever!
Does this make sense that one should get married to someone that troubles her heart and saddens it deeply just to fulfill the law of her culture?
If a woman eventually gets married just to bear Mrs. somebody in a life time and later gets divorced,would that not still take her back to singleness,a state that her culture frowns?
Of what gain does either the culture or the woman listening and obeying the culture rather than living her life achieved?
Marry and divorce than remain single? The choice is still yours to make my dear!! In as much as we could say no,we can’t force you to accept it either!!!
Tags: single & Married
Previous Post

Interesting Reasons Why Ladies Find it Difficult To Propose!

The Magic Secret to Becoming An Eloquent Speaker

The Magic Secret to Becoming An Eloquent Speaker