Why You Should Love A Nagging Woman! 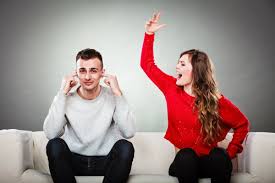 The word nagging seems to be beyond having a good dictionary meaning. There is no dictionary meaning of the word nagging that can depict the exact meaning of its context in reality or in real sense. This shows that no one could give the actual meaning of Nagging even when it exists in real world.
But we see nagging in some homes. We often hear complaints from husbands saying their wives nag a lot. Some men would even prefer to spend sometime elsewhere rather than go home after work for relaxation. Why? They say they have nagging wives in their homes! 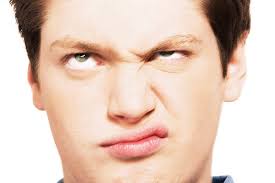 How does nagging come about? Why do some wives nag? Is nagging an inherited behavior? Is nagging as bad as it is being pictured?
According to Stan Ekezie,nagging is a very beautiful thing. He sees it as an anchor that shapes and molds lives to suitability. A fight to protect and keep what belongs to one. He says:
”A woman is known to nag and fight over a man for whom she has feelings for, she moves to protect her territory at the slightest sign of encroachment. She wants him to be perfect, she tries to make him fit into her fantasy image of Mr right.”
Did you hear that? It is only a woman who has feelings for her man that could nag. She nags just to protect her territory. She nags to keep and maintain what she dearly cherishes and owns. What is wrong with that??

Read more: Should There Be Tolerance In Relationship?
Then Mr. Stan,one of the greatest relationship experts of our time advises men:
‘A wise man shouldn’t be worried when the nagging is going on, however, you should be very worried if the fighting and nagging suddenly stops. If she suddenly starts to ignore the things that used to make her quarrel and fight, pay closer attention and move to make things right before you loose her for good.‘
You see? I don’t know how many of you can be like Mr. Stan Ekezie. He sees positiveness in what most men view as negative. He wins my admiration!
How could a woman who truly loves her man watch her man misbehave and you expect her to keep quiet? No,she is not afraid of telling her love mate the truth and she believes he can change for good. The only fear of a nagging woman is that if she continues to keep quiet,she would be giving nonsense and nuisance chances to succeed. I don’t know of any good woman who would allow that! 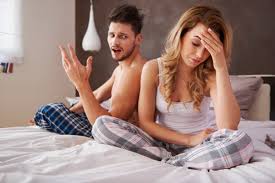 According to one dictionary,nagging qualifies and describes a  woman who continually finds fault or complain. Obviously,it is only over nonsense that one could complain. When complaint is made,it is only wise and reasonable that the offender should comply and change otherwise complaint will continue to be. Then you call her a nagging woman or wife.
This is not fair ! It is not fair that you ignore the one doing wrong and face the other who tries to correct wrong! How much more so it is when a wife or girlfriend  sees wrong attitude in her man and tries to correct it.
If her lover or her husband complies and changes his bad attitude,that woman wouldn’t have to complain again!

Read this: How To Build A Happy Relationship And Stay Together Forever
Simply put this way: ”When a woman is nagging,it is still for correctness. If you don’t want a woman to nag,listen to and do it right! Only man makes a woman to nag!!!”

How Do I Cope With My Ex Dating Another Guy?

How Do I Cope With My Ex Dating Another Guy?