Why you should encourage your teenager to marry- teenagers life,teenagers behavior,

A teenager, or teen, is a young person whose age falls within the range of 13–19. They are called teenagers because their age number ends with “teen” hahaha,interesting,information,provider! Why would a family consent that their daughter should leave home for marriage at this sweet period of her life? Why you should encourage your teen to marry is our topic! Let’s find out why? 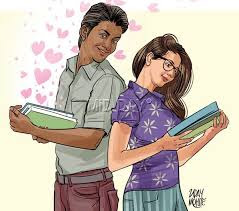 Some people have described teen period as time of many troubles for parents,and families. This is because,at this period of their life,teens want to experience everything their eyes could see,and their ears have heard. Teens like to live their lives their own way,without minding how their families feel. Could this be the reason why you should encourage your teen to marry?

Reports have shown that many teenagers from exemplary homes have brought shame and disgrace to their families. Because they like to experience what their eyes have seen,they also want to taste it,and see what it feels like. For example,some teenagers who were given condoms in a missionary school by HIV/AIDS  control agency,confessed that the first time they had s*x was when they came in contact with condoms. Not knowing what else to do with it except s*xual activities,they engaged in it,and took in. Imagine children  sent to missionary schools for studies,coming back home with pregnancies. Yet,is this the reason why you should encourage your teenager to marry? 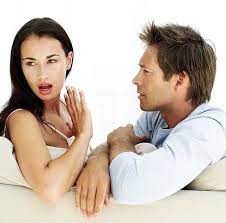 Another report has it that some teenagers are very stubborn,and arrogant. They most times refused to hear or take advice. For this reason, some people have suggested that the only way to put a stop to teen exorbirance is by encouraging them to marry,so they could have their own homes and children. Then by so doing,they will bury their arrogance,and give advise to their children. Still,should this be the reason why you should encourage your teenager to marry?

The truth of this matter is that instead of giving greasefulness of teen to destroy your child,it is better you encourage her to marry,if suitors are already coming to her. Like the stubborn teen mentioned above,yes,marriage could bring her head down,and make her responsible. Teen marriage is not entirely bad,after all,once a child is up to 18 years,she is said to have mature to live on her own. It is so clear: ”The only reason why you want your teen to marry is for her own good,and nothing less!!!”

why should condom and contraceptives be distributed in secondary school ?-condom advertisement,condom and pregnancy,

why should condom and contraceptives be distributed in secondary school ?-condom advertisement,condom and pregnancy,