Why Tall Men Are Attracted To Short Women 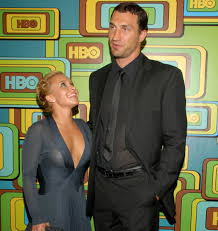 But is this true or assumption that tall men are attracted to short women? Do you have any prove to support that?

Scientist have even claimed that short men and tall women and vice versa make the happiest of relationship and I am still looking at that thought.
When we look around us home and abroad,we see that tall men mingle with short women,and many times too,we also see very tall men mingling with very tall women.If it is just true that tall men are attracted to short women,why do we have such instances?
Is it really true that tall men are attracted to short women? Sometimes yes!
Life is about choices we make, In marriage,choices we make are dependent on what attract us.
As you may know,what attracts your friend might not interest you at all but this is what gives him or her joy,and make them smile every day. This is the power of choice!
It is not natural or better still,it is not true that God the creator of man and woman and the originator of marriage makes it from the beginning that tall men must be attracted to short women. I am short for example,but tall men have never been my choice.
A tall man could be attracted to a tall woman because of her intonation property,complexion,or her intelligence. Not her height!
On many occasions,grooms have been asked what attracted them to their brides in the first place and some say ”her nipples and others say her legs”. Here,there is no such thing as height.
Height comes secondary for some people whose interest in marriage partners is beyond physical appearance. Some men whether short or tall want intelligent women for wives,whether they are short or tall.

Read here: Should I Marry A Man Who Loves Me More Than I Do?

Others also look for manners. Women who are properly behaved whether they are short or tall,white or black!
The issue of tall men being attracted to short women is absolutely an assumption. Choices that people make depend on their desires,needs and likes.
Tags: single & Married
Previous Post

Should I Marry A Man Who Loves Me More Than I Do?

Should I Marry A Man Who Loves Me More Than I Do?