Why s*x and abortion are common among teens-s*x appeal,s*x before marriage, 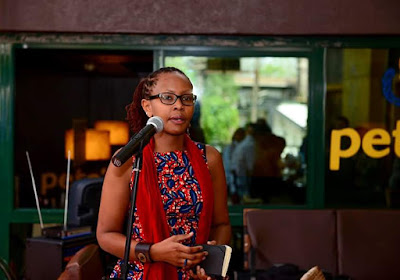 S*x and abortion among teens : causes and effect

If only they knew, that s*x is sacred and best proper among married mates,they would have waited. Yes,the bloom of love is stronger in teenage periods than in adult age,and this the teens must know. They must know this in order to avoid anything that will trigger s*xual feelings and romance such as getting too close with opposite s*x especially of the same age,as the result usually is to practice s*x activities which usually lead to unwanted pregnancy. Read more : should abortion be a personal choice or a question of morality?

Unwanted pregnancy among teenagers could be confusing and really challenging. Questions such as what should I do with this pregnancy? Who should I tell about it? How would my parent feel about it? What will people think of me now ?and host of other confusing questions are usually the problems that bother the hearts of  pregnant teenagers .
Again, if only teenagers knew about all of these important questions, they would have seen that unwanted pregnancy could not only be confusing, but would also bring along it a large measure of embarrassments. However,95% percent of teenage pregnancies end in abortion, and this to God and man is a serious sin. It is murder and killing! It is an injurious abuse!!!
In the first part of this discussion, we looked intently on the causes of teen pregnancy, and its consequences. The most serious and ever talked about matter however is abortion. Abortion does not only take away the life of an unborn child, but also puts the life of its mother at risk both now and in future.
Even when abortion may seem to be successful sometimes however, the pains,and guilt of taking away a baby’s life usually last forever. The doers may say,after all, it has not fully matured, it has not really formed a baby so it doesn’t matter,if it is aborted. No your thoughts and calculation are absolutely wrong! It is a baby that you have in your womb.
It does exist there,and it surely has life! The one who created it,who forms it, and keeps it there will surely ask you about the work of his hand. To the first law he gave his people, he says: if anyone kicks off an unborn child from its mother’s belly,he must pay for it,soul to soul. Dear teenagers, be patient with yourselves, the feelings that comes today will surely be satisfied tomorrow. Love never ends, but committing abortion ends lives, and it is injurious abuse!!!
Tags: AbortionAdvice TipsChild BirthRelationship
Previous Post