Why police arrested a rape victim for stabbing her rapist to death. – 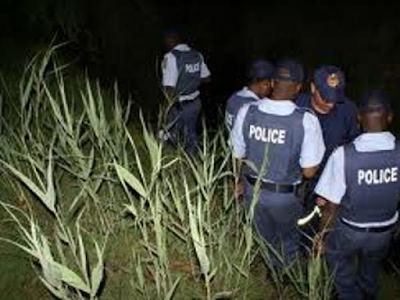 Yes,it is indeed unfortunate that a girl,who was a virgin lost her virginity to a rapist. It is also so sad that with the move to avenge her lost,it resulted to death,and so she killed the man who raped her. Surely,many of you reading this would be like the initial me saying : Why would police arrest a girl for stabbing her rapist to death? What does police expect in the first place of a girl,I mean a girl who has been keeping herself to her future husband,never wanting to expose the color of her beautiful thighs for any eyes to see,and ever refusing to say YES to any by-passer who only wants to perch and tap her pride. If only it were her fiancee who deflowered her,then,she would have no regret or pains at all. Now it had to be a rapist,a wayward fellow of a man,taking her glory and pride and now the police has arrested her. Poor girl!

Okay,we can understand that the rape victim was in pains,seriously in pains. She also realized what kind of life it would all be for her after this ordeal,yes we know. But this is what the rape victim did not know about her actions.

No one,no woman or man on earth ever prays to be raped. But to say that killing a rapist is the best vengeance to take is a lie. The best thing the rape victim would have done is to report the case to the police,go for a medical treatment and relate the matter to her creator in heaven.

If you know the God in heaven,then you won’t ever want to take vengeance. You will want to leave every problem in his care because there is no justice better than the one He in heaven can give.  Yes,be sure that if you leave matters such as rape in the hand of our creator  and life giver,he will repay you,and give the offender the wrath that he truly deserves.

As for the police arresting the rape victim,yes they are right on point,doing their jobs. Their job includes arresting  law offenders which the rape victim was one of. To cut short our talk,the girl was raped,and she committed murder. Which of the two offenses is heavier than the other?? Your answer is as good as mine!!!

SHOULD WIVES HIDE MONEY FROM THEIR HUSBANDS? –

WHAT RELATIONSHIP SHOULD INVOLVE –

WHAT RELATIONSHIP SHOULD INVOLVE -