why it is wrong for certain people to enjoy immunity over the others -immunity and causes,immunity clause in Nigerian constitution,

Can you imagine a situation whereby you are severely punished for acting wrongly,and when someone else does the same thing,he would be let go free,because he is a respected figure? This is what we call immunity. A situation whereby some people get punished for acting against the law,and others get free from doing the same thing. Do you agree that certain people should enjoy immunity over others? We all here disagree! Here are our reasons: 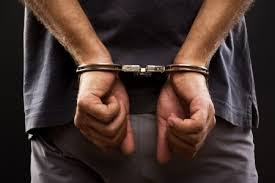 First they say that no body is above the law. Is that true? If no one is above the law why would some people be exempted from certain punishments that others severely serve for acting wrongly? This is a great act of partiality.

If certain people are allowed to enjoy immunity,then,there will always be abuse of law and order in society ,because they know that no matter what they do,they will always be covered,and protected.  In this case,certain people will surely have to suffer a treat of injustice.

Did the golden law not say : Whatever you want others to do for you,you likewise should do for others? So,where  and what makes immunity which certain people enjoy reasonable? What is the wisdom in what we call immunity?

People should pay for their sin as natural justice demands ,and not other people doing the same for them. For example,public figures such as presidents,lawmakers,and those who enforce laws, probe people for going against the law. Why would they not also be probed when they also go contrary to laws and orders? This is unfair! This is inhumanity to man and must be discouraged!!! Read more:what it means for lecturers to sleep with their students.

should I marry my classmate boyfriend? boyfriend and girlfriend,boyfriend dream meaning,