Why Do Some People Love Abusive Boyfriends? 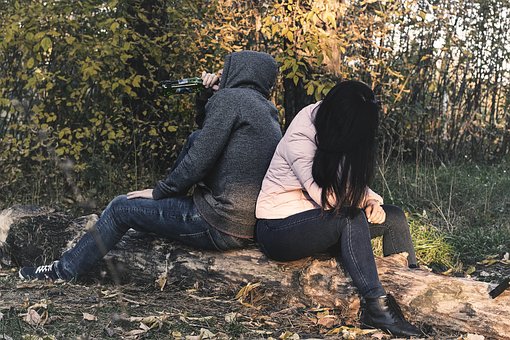 Why Do Some People Love Abusive Boyfriends?

While nobody in actual sense enjoys abusiveness of any form,there are humans who actually go for  it or accept it especially when they are in love or in relationships. They belong to the female gender of humans. Could you imagine it?You can imagine a lady being so crazy about her abusive boyfriend who had abandoned her many times after some physical abusiveness. ”I just got dumped by my abusive boyfriend and I love him and I want him back. What should I do?”

Could you imagine that? While no one wants to have anything to do with abusive friends,someone is being onto it. She is being dumped  by her abusive boyfriend and she is begging him to come back. Is this love at fault?
Well,some people may say a big yes,that she loves her boyfriend to a fault to the extent that even after being abused physically and emotionally,she still loves him more and cries to have him back. But to us,it is okay.
Everyone loves for a simple reason and that reason becomes very strong. When you get attracted to someone, everyone else would be wondering what the attraction is. They can’t see it because it is not in their place to fall in love with such one. Only you can see it because you are the one that got the attraction!
Everyone has an imperfect fault and still has someone who loves him or her despite it. Some faults among humans could be selfishness,anger,envy,malis,hot-temper,jealousy,and the like.
We have seen some irresponsible women got married to very important people and vice versa.Sometimes you might look at yourself as worthless of any good things of life and you see good things coming to you. There are simply things one can’t explain in life but just accept them. Yes,there are still other things we fight against coming our ways and win at last. Everything bothers on what anyone wants and that is what he goes for.
Why do some people love abusive boyfriends?  There is something else they see in such boyfriends that blindfolds them and that is the attraction! It would make you see fault and overlook it. But the danger lies in the other person. Does he love you?
You see,this is where the issue of love comes in. If the man you love and crave for does not do the same for you,there is no good or healthy relationship between you people. What is even your reason for tolerating his imperfect fault if not because at least he loves you? Your love and craving for him becomes in vain he does not love you as well.
Don’t try to force a man love or accept you because his abusiveness will become more dangerous thereafter. It’s either you die in his hand or you beg for a way to get out of the miserable relationship.
Dear Motivational friend,love a man who loves you. Reject the thought of  ”I cannot live without him”. Says who? Where was he when you were born? How has he contributed to your living or survival before you met him? He has barely spent some meaningful hours in a few months with you in a relationship and you feel you cannot live or survive without him. This is very very senseless,unbelievable and incomprehensible thing to think about.
There is no genuine love in life except where two hearts beat together as one because,it takes two to tangle,and not one!
No just one person in love or in a relationship can make a relationship meaning or workable. It doesn’t work in a relationship and anyone who thinks she can try it would only keep beating in a bush without realizing any achievement at the end of the day.

Read more here: My Boyfriend Is Going To Break up With Me Again? What Should I do?
Love in return,covers a multitude of sin,makes all faults bearable!!!
Tags: single & Married
Previous Post

If Woman Becomes Boss In Relationship You Will See These Dangers

If I Accidentally Kiss Another Girl,Is It Still Considered Cheating?

If I Accidentally Kiss Another Girl,Is It Still Considered Cheating?