Why badly beating a thief is against human right and justice – 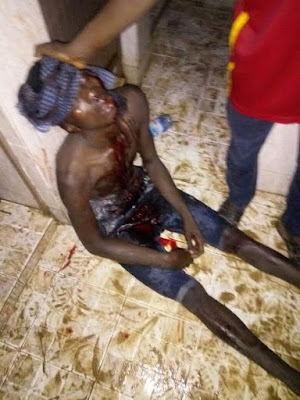 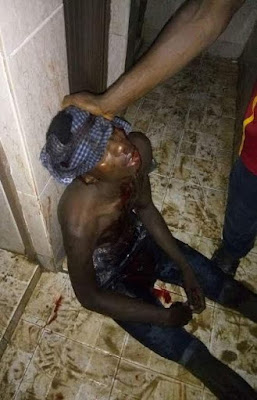 One time,a world news that went viral has it that a suspect was seriously beaten and later set ablazed. A little longer,it was discovered that the so called thief that was burnt in fire was an army officer,a solder. The very painful part of the story however was that at the time of the event,the man did all he could to prevent the mobs from hurting him and setting him on fire. Yet,they succeeded and burnt the suspect,the suspect who was never proven guilty by the law. Of course the evil doers got what they deserved,but the deed however was already done and the man died unjustly.  Why would people always take laws into their hands by seriously beating and setting on fire anyone that looks in their eyes,like a thief? Isn’t it the work of police to arrest and the duty of the law to pass verdicts on suspects?

WHY BADLY BEATING A THIEF IS AGAINST HUMAN RIGHT AND JUSTICE.
While humans enjoy some rights such as right to expression,freedom of speech and others,every suspect has right to be tried in law court. Our point is this: When there is a suspect or even a thief,such a person has the right to be handed over to police. It is not the right of any civilian,or human,to judge and prosecute either a suspect or a caught thief.
The truth is that what makes someone a thief is the fact that he or she has taken something that doesn’t belong to him or her.  Now that a group of people have beaten up,no,not just beating,but have seriously  injured a thief to the point of bleeding,what do you call it?  The thief stole something,and a mob braced his flesh!!
Can beating bring justice to the state of stealing? If a thief steals and he is seriously wounded badly of course the stolen items are often recovered,what other justice should be sort for?
WHAT RATHER SHOULD BE DONE TO THIEVES
We have a story of  a man who said that there is this woman,a beggar,who always beg at a spot saying that her son has been in a hospital for years but with no help. He has watched the woman very closely each time he went to the spot,a car park for years. Then one day,he called the woman out and asked her which hospital her child was so he could come and see them and pay off the bill to stop her from further begging. According to him,he did it and that woman never begged again. That was how the good man was able to save the embarrassing situation.
In a situation where a group of people catch a thief,if there is anyone better than the thief himself among them,of course having a better heart,the right thing to do is to call the thief out to find out why he steals. The reason surprisingly could be hunger,frustration,or any thing else. Yes,your loving concern and encouragement can make a thief change his ways.
Rather than beating up a thief for stealing,we should always remember that two wrongs can never make a right. It is wrong that someone steals something belonging to someone else,it is also something very wrong to take laws into our hands!!!
Tags: Abuse
Previous Post

Reasons why having animals as pets are dangerous –

Reasons why having animals as pets are dangerous -