Who should come first in your marriage? Your mother or wife??

Never put any woman before your mother says Davidos brother 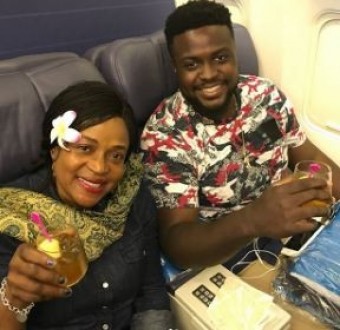 We all love our mothers no doubt,but saying that no woman should come before ones’ mother is one thing I don’t understand. Does any woman in question include ones’ wife?

In some ways  to prove their love for their mothers,husbands tend to show more love to their mothers more than their own wives,thereby making their mothers come first in their marriage. Is this fair? Who should come first in your marriage,your mother or your wife? Let’s take an example of of a family situation,where a husband puts his mother first in his marriage order than his wife.

There was a young man who was happily married to his heartthrob. within 3 year of their marriage,they  already have 2 kids living happily. Then later,his wife requested that she should be given a car to help make things easy for her. At the same time,the man’s mother asked to be given a car too. What would this man do when he didn’t have enough money to buy two cars,one for his wife and the other for his mother? Well in his wisdom,he chose to buy a car for his mother,saying his mother comes first in his life. Who should come first in your marriage,your mother or your wife?

The fact that the man bought a car for his mother instead of his wife shows who he loves and values more. Yes,his mother. Having sensed this fact,the wife feels bad and unwanted in the relationship.Before long,the bond between the couple,began to  loosen  and the woman now begins to question whether she is still in marriage or not.

For goodness sake,your mother has her own home which is her husband’s and not yours! Her husband who is your father has the responsibility of taking care of her basic needs. No one says that you shouldn’t care for your mother,no,but not when your wife’s needs are not yet met. Your mother has eaten her cake and she can not definitely have it again. She has had the fills of her marriage and should not prevent your wife from enjoying hers.

In answering the question: Who should come first in your marriage,your mother or your wife? Remember the Holy Scripture which says that a man must leave his mother and stick to his wife,and the two shall become one flesh.

This is my take : For husband and wife to become one,being in love and in unity,to have happy and successful marriage,your wife,not your mother should come first in your marriage!!!

Why faking NYSC is a big nonsense –

The necessary actions against blood thirsty Fulani herdsmen in Nigeria-

The necessary actions against blood thirsty Fulani herdsmen in Nigeria-