Which Of These Men Would You Rather Marry?

We are going to give you two examples of men that no clean lady on a good day would ever go for in the name of marriage.

The first one is a man who is a very neat and clean guy who always appears cute in the eyes of everyone. But when you trace his Adam’s down to the earth,you would be amazed at what you would see. Poor,lazy and very retched.
How does he get the beautiful clothes and fine shoes he wears? Through borrowing! Just to look good and attractive! He has no job and he is not interested to work even if you give him one. His interest is to look good and attract women who could take care of him.
Ladies,would you rather marry this man because he is handsome,neat and clean and pray that soon after marriage,he would change than remain single?
Another example is just the one directly opposite to the former. He is so hard working and he loves it like no other thing. While people are still in bed,he has gotten up and gone for work. He is an electrician. He doesn’t have time to bathe and when he is reminded that he did not take his bath a day before,by his close friends and brothers,he would say he is a man. That men don’t have problem or business with their looks. Men,is it true? Well,I know my brothers would say NO! 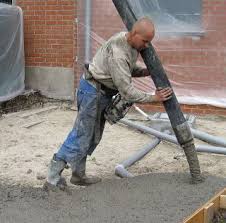 Friends hardly enter his room for anything and you know why? The odor that oozes out of his room is indescribable! But you know what? This man has the money and he has the heart of giving too. Often he says,that he would not allow his woman to work but to simply sit at home and take care of their children. And again,he says that the first thing he would buy for his wife as her wedding gift is a beautiful car. He doesn’t have any for himself and when asked why he wouldn’t buy one for himself before buying for his wife,he would say that he is a man,a hustler!
Ladies, Would you rather marry this man and live to accept his bad odor he’s got from bad habit of not bathing and taking care of his body? I don’t think that this man would ever change. One thing is that he doesn’t consider it being important or necessary that a man should bath in the morning before he goes to work. He sees it as an idea from lazy folks.
Everything in life is about choice. We cited these two examples because they are obvious ones people cannot hide. There are many other bad and awful habits just like these ones mentioned that one could not discover until one has entered marriage. Yes,wives cannot change it no matter how hard they try except the men in question have a change of attitude and decide they must change!
Today’s advice is: Before you go into marriage with your Mr Right,please find out,which is his awful or dirty habit. I think everyone has one. So do you assignment and find it out very correctly.
If you can condole it and live happily with it,then go in marriage with him! We wish you happy and blissful marriage!!!
Tags: single & Married
Previous Post

Why Am I Still Single?

Can Men Survive Without Sex?

Can Men Survive Without Sex?