When You Are Not A Priority,Should You Stay Or Leave The Relationship? 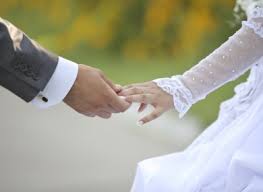 When You Are Not A Priority,Should You Stay Or Leave The Relationship?

Have you ever seen a relationship where either a man or a woman is not regarded or appreciated in their marriage?

We are not talking about relationship where both parties are dating,still considering whether they could go down the aisle,no. We mean marriage. Marriage relationship! When you are not a priority should you stay or leave the relationship?

Well I have seen a lot of couples managing to stay in their marriages. A very close friend of mine for example had suffered lack of appreciation from her husband close to ten years in their marriage. She said,no matter what she did to please her husband,it seemed she was making him ignore her the more.

She knew she was in marriage but she never felt she was loved by the man who was her husband. She was not a priority to him! As far as the man was concerned,she was a woman and wife who came to give him children. He wanted something else other than that very woman!

Fifteen years came and gone after she has had five kids for him,the situation was still the same. This woman never felt any special attention from her husband except that she got all the material things she needed to be comfortable.Soon she completely stopped giving specially attention to her husband and focusing on her kids who made her happy.

And you know what? It was then that her husband began to feel that he was home alone. Then reverse became the case! When you are not a priority,should you stay or leave the relationship?

Another example of someone who was not a priority to her husband was a woman who endured loneliness in the presence of her husband for 12 years in her marriage. Her own story was so pathetic because she had no child in the marriage. Her husband who got married to her by himself suddenly changed his behave towards her and began to have what we call personality disorder.

No touching,no fun play,no sex. They were just like classmates in a room having platonic relationship. But little did she know that the man she had married was a gay. He would always go out whenever he needed his fellow man and return after some days.

His wife never knew that it was not a tight work schedule that had been keeping him away from touching her passionately but the gay spirit. When you are not a priority,should you stay or leave the relationship?

Well in this case,the woman had to leave the relationship because she was not in marriage. She soon discovered she was married by this man to have a woman in his house to avoid the suspicion of being a gay. After all,gays don’t marry or have wives.

What was the purpose of being in a marriage where you are no longer married? The man looks at you like you are still a baby,waiting for you to mature! His personality disorder makes him feel that if he touches your body or asks you to open your legs he would be eating a forbidden fruit

She had no children who would at least make her feel she was in marriage and the man was not ready to have anything to do with her. Yes,he was committing adultery of the highest order,abusing their marriage vows and relationship,neglecting and killing the his wife’s emotional feelings and needs and you advised she should continue staying? May it never happen to you!

Please read this: Is It Normal To Experience Changes In Relationship?
When you are not a priority,should you stay or leave the relationship? Your answer is as good as mine having considered the two examples above!!!
Tags: single & Married
Previous Post

How To Say No In Relationship When It Is Hard