When Will Nigerian Police Change? Arresting A Young Man Travelling To See Dying Dad For Having Four Phones? 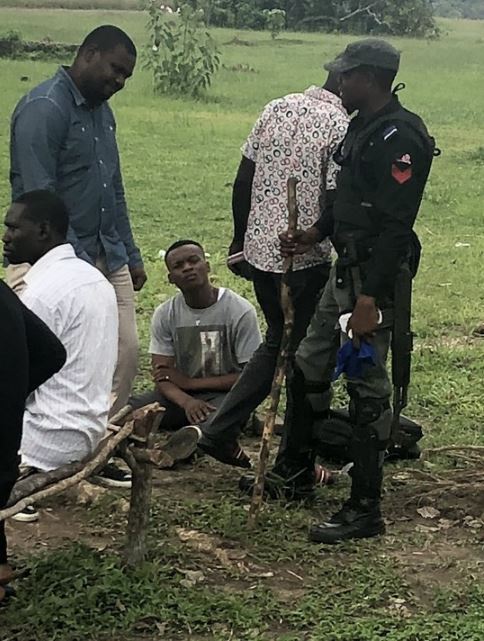 Nawa o,so it is now a sin for for someone to have four phones these days eh? Is it reasonable to arrest someone just because he has four phones? Or was the person arrested because he was a young man? Is that how to identify a criminal? A yahoo boy? One having four phones?

Anyway, a young man was traveling from Lagos to east to see his dying father who sent for him. Getting to Ikorodu Sagamu express way,police stopped the vehicle for search.

On searching the young man,the police discovered he was having four phones on him and by explanation,the young man told the police men that people from his community living in Lagos with him gave him some of the phones to take home to their people.

Isn’t this a common tradition by African people especially among Igbos? But unfortunately,the policemen didn’t believe the young man.

According to a Twitter user who gave the original information,the bus driver conveying the young man in question and others begged to make the policemen see reasons but to no avail.

After an hour of waiting,the bus driver continued his journey with other passengers leaving the young man in the middle of the road.

What later happened to the young man on the road no one knows! Those policemen must give us an important discovering from their findings otherwise,Nigerian police will continue to lose their respect in society! !! 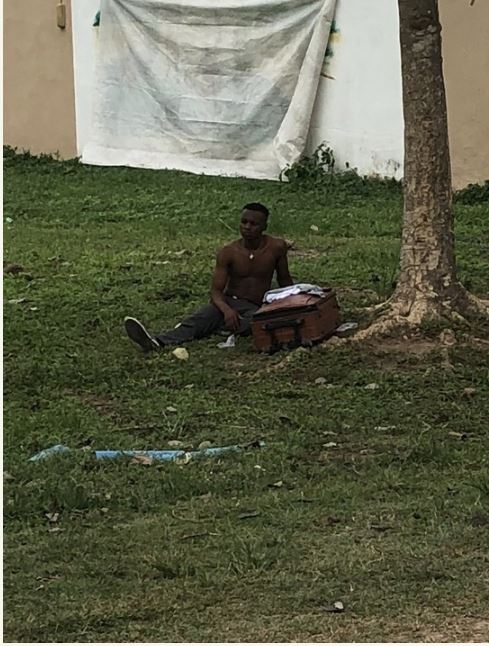 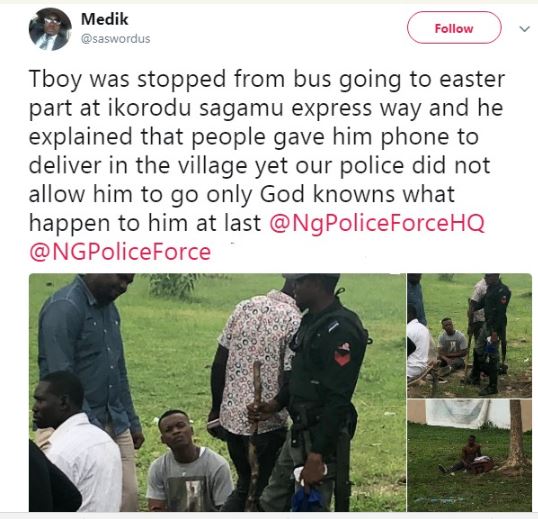