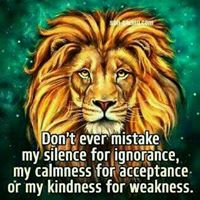 What is Monicblog trying to fix here? Is it insinuating that LIONS, I mean male lions are weaker than female lions? That female lions are stronger than their males? You see in animals kingdom, lions are believed to be the strongest of all other animals, because of their courage! Their strong will is with might and their courage moves mountains.

Whenever lions sense danger,seeing threat approaching, the female lion come in defense, coming to attack,while the male lions themselves hide out. On the same hand, the female wolf appears to hide under the male,with the intention of covering his neck from danger under attack.
Can you now see why females,humans and animals are called life wires of nature? Don’t ever undermine the power of women!! It is to life,an injurious abuse!!!
Tags: Advice Tips
Previous Post