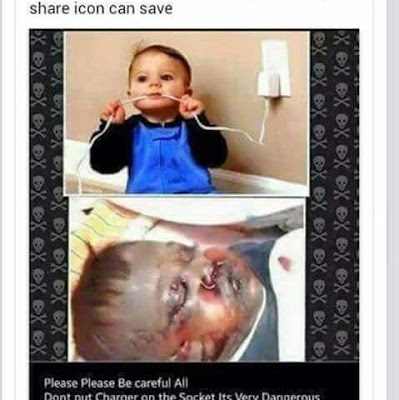 When kids are left carelessly

I want to start with a close example of this picture to show how much it could cost leaving kids un watched. A woman has a very vibrant daughter who was always restless. At a point, the mother thought she was too stubborn and couldn’t be controlled.

One day,the woman became tired of shouting and watching over the baby. She didn’t know when she entered her store,tore some leather nylon and messed up the contents. As kids will always play with everything, she robbed one of her hands full of contents in her eye and began crying.
The cry was so loud that the mother sensed some dangers. On coming to see the baby, she discovered that damage had been done. It was a soda chemical that she applied in her eyes and it was later confirmed in a hospital that the eye had already gone bad.
Many years later,when the little girl has grown a big girl, she asked her mother why she has only one eye. Her mother said: it was because of your carelessness. You were too stubborn as a baby and won’t listen to anyone. You went and applied a soda chemical I kept in the store in your eye and got it damaged! In reply the girl said to her mother:
you are a wicked and careless mother! You left me on my own as a baby and you called it stubborn. God will judge you! The girl left home and never came back to her mother till she died.

Act of supremacy of people : Effects

Act of supremacy of people : Effects