When a teacher gets married to his student. 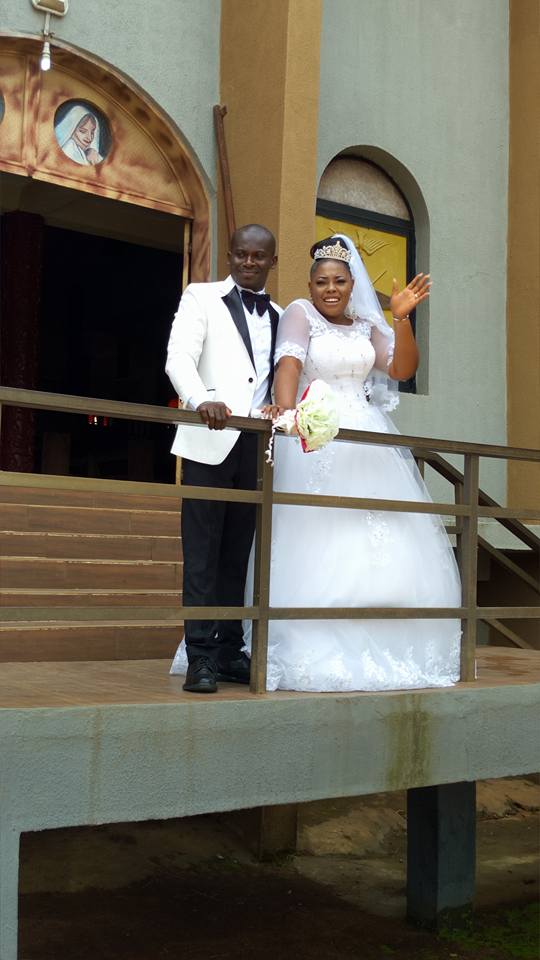 It all started 6 years ago when we met each other
as a teacher and student in SS 3-the bride.
Okay so,when the news has it that Mr.Chidi Obiora would be getting married to his former student, Nzube Nwokeji, it was unbelievable and a shock to some people. Some asked: How could a teacher get married to his own student? Others,see the marriage as

awkward. Yes,we here see it as being very romantic!

But come to look at it: Why would some people feel that marriage between a teacher and his student is awkward? Why would some people feel that it is not fitting? Could it be because of huge differences in their age? Funny enough,there isn’t any given reason for frowning at this choice of marriage by some people.
If there is any marriage I admire so much,it is the one that the husband is a teacher,and a leader to his wife and not the other way round. He has to prove that he is a man with experience,loaded with wisdom to give his woman some direction!
Rather than hearing that a certain teacher rapes or molests his students,this kind of news should be heard over and over again! Below is the short story of how they met and how this love was founded, as told by the happy bride herself:
‘To God be the glory, who made this possible.
It all started 6 years ago when we met each other as a teacher and student in SS 3. Little did I know that life has a bigger plan and future for us.
After my SSCE in 2010, as I was about leaving secondary school, he got another job and moved, but he dropped his phone number on my biology note  to enable me reach him anytime for academic assistance in pursuit of my university degree program.
Subsequently, he helped me in gaining admission in Uniport, starting from purchase of Jamb form to writing of post UTME. We started dating officially during my year one(2nd semester), and as God may have it, we connected to each other physically and spiritually so passionately.

He inspired me, supported me, encouraged me and gave me every reason to study hard and make good grades when I was in the University.

No time to pen down all the memories we have shared in the past 6 years. God and true love has bound us together bringing us together as husband and wife on 21st October 2017.
In him we started, in him we shall continue.
Let the count down begin………’

Read here: Is It Normal To Be Attracted To Old Men?

From all of us here,it is CONGRATULATIONS to you.Mr and Mrs. Obiora! Indeed,we watch as the count begin!!!
Tags: marriage relationship
Previous Post