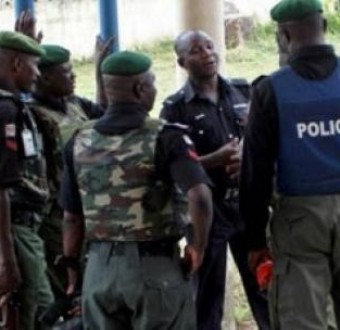 The news of how a 45 year old man raped a boy of 9 years to death is true. It happened in Kogi state Nigeria,and the state police command arrested the culprit.

You know the news we have always heard has been all about baby girls being raped by real old men,and most times,the babies die. How can a man,let’s forget about his age and look at every other thing rape a boy? How did he do that?  Did he use his hand,mouth,or what?

You see why homosexuality is bad? It leaves the natural use of s*x,causing injurious abuses. Am not saying that if it were a girl that is involved in this issue,it would have been any better,no. She would probably have bled to death too because,her vagina is still in the process of maturity! But where is the boy’s vagina for s*x? You can imagine the pains this boy went through before he died. It must have been like someone using razor blade or needle to pierce into your body just to have openings.

The spirit of homosexuality is so strong that when a man lays his hand on his fellow man,it takes little or no much time to convince him that he needs the spirit of a fellow man to succeed in life. Homosexuals have their way of convincing someone to join them. How did a 45 year old man convince just a 9 year old boy to have s*x with him when he should have been molding him into becoming a good decent boy?

Anyways,the police have arrested the culprit and I just hope that nothing on earth should make him come back to live again in the world of humans. It should be tit for tat right???

Another tip on how to escape rape

Can retaliation make him regret?

Can retaliation make him regret?