Today,a lot of young and old ladies are dating married men either knowingly or unknowing to them.Even when being told or when they eventually find out that the men they are entrusting their hearts to are already married,they seem not to be bothered by it and show ”I don’t care” attitude. Why? Is anything wrong with dating married men? What is wrong in dating married men ?

First,to give us a sound and reasonable answer,let us see what dating is! Simply put,dating is a stage of romantic relationships in which two people,a man and a woman socially meet with the aim of each assessing the other’s suitability as a prospective partner in an intimate relationship or marriage.
Since dating involves romance and intention for an intimate relationship or marriage,does it not look to you as an unwholesome practice when the man in the party is already married? And now you are asking: What is bad in dating a married man?
A married man has a wife,he already has a family! What need would you be filling in his household when you eventually come in?  Second wife right? But the one that would be fulfilling the s*xual responsibility for the man of the house and yes,the woman that would take care of the responsibility of his old age for the family when the time comes! What is bad in dating a married man? 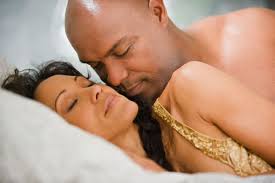 Here are the results of dating a married man!
By dating a married man,you are sharing not only your emotion with someone not belonging to you,but you are also romancing a husband of another woman.
Sharing your emotion and satisfying the sexual urge of a man who rightly belongs to another woman is devaluing yourself,saying you worth nothing than a secondary place in the life of any man.
From dating a married man,you would become a second woman at home.
From becoming a second wife at home,you have put asunder what God has yoked together and says let no one put apart.
By putting apart a family,you have succeeded in tearing a family tie that bond that bind a man and his wife and children making them fall apart!
Are you like still seriously asking what is bad in dating a married man?
My dear lady why? Just take your seat and consider the results of dating a married man and you will see that the results are negative! There is no positivity or goodness in it.
Some men are just pitfalls. Their lives are danger zones and traps set to destroy women’s lives. Only those who think they are master planners boldly enter marriages with married men. They have their calculations and think they have their ways to succeed. 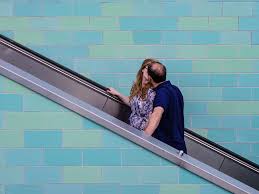 But what is even good about dating a married man in the first place? If it is that you are looking for a very mature man for marriage,there are many single mature men out there for you. Why go with someone who is already married?  Okay,if your problem is loneliness and you just want any man to keep up with please read this article to help the situation: What To Do When You Are Lonely!
My dear lady dating or marrying a married man is purely a blind choice that even some traditions are no longer in support of. To get more opinions on the issues of dating married men,please read one of them in our article: Is It Okay To Date A Married Man?
Remember,in everything we do,in whatever thing we do under the sun,there are consequences. Dating a married man or getting married to a married man has its own consequences. Some of the consequences of marrying or dating a married man is found in this article: Your Boyfriend Might Be Getting Married But You Do Not Know!
Be good to yourself!!!
Tags: single & Married
Previous Post