What does the tree in the middlie of the garden which God forbids Adam from eating symbolize? -forbidden fruit,garden of eden, 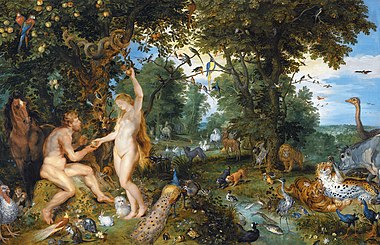 WHAT THE TREE IN THE GARDEN OF EDEN WHICH GOD FORBADE ADAM FROM EATING IS
The account of the command ”Do not eat from this tree which was given in the garden of Eden is found in the book of Genesis 2: 15-17. It says from the New World Translation Of The Holy Scriptures: ”Jehovah God took the man and settled him in the garden to cultivate it and to care for it. Jehovah God also gave the command to the man ”From every tree of the garden you may eat to satisfaction. But as for the tree of knowledge of good and bad,you must not eat from it,for in the day you eat from it you will certainly die”. 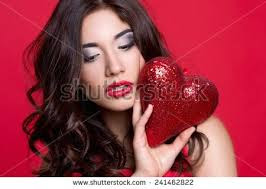 Did you notice that Eve was not present at the time God gave Adam this command? In fact she was not even yet created. She was created much later after God had seen that it was not good for man to be alone as we could further see in verse 18 of that same Genesis chapter 2. There was no woman in the garden to say that God was saying or implying that Adam shouldn’t touch the woman’s private part which deep thinkers say that was symbolized by the tree in the middle of the garden.

Come to think of it again,before God gave Eve to Adam,He did so as a wife is given to her husband after marriage rites must have been performed. Eve was never a girl friend to Adam but a wife,a complement for Adam. So dear deep thinkers,again I ask: ”Does anything forbid a man to touch his wife even in her private part?” How does the fruit in the middle of the garden symbolize touching a woman’s private part as you claimed?

Come to look at this again: It is the purpose of which God created Eve and gave her to Adam as his wife. It is found in the account of Genesis chapter 1: 28 which says : ”And God bless them and said to them,be fruitful and become many and fill the earth and subdue it…” Now again I ask : If God had good intentions such as this for Adam,that he should produce children and fill the earth,why would he forbid him from touching his wife’s private part?

The truth is that everyone has right to think and fabricate his ideas,but not the injurious types that should mislead the minds.  What then is the tree in the middle of the garden which God forbade Adam from eating symbolize? It symbolizes the consequences of disobedience which include loss of perfection and death. However,even if the tree means death for man,it could have also meant live for animals. After all,animals are part of God’s creation that they should also have trees that should serve for them both foods and medicines. However,if this is true of the account,would God have done any wrong by knowing that ooh,this tree in the garden is only good for animals consumption but harmful for man. Let me quickly inform him not to eat from it unless he dies? God did His best for Adam by giving him all that could keep his life Yes,Adam ate the fruit which was not made for man to eat and that led to his death!!!

monikmotivational.com: What does the tree in the middlie of the garden wh…

monikmotivational.com: What does the tree in the middlie of the garden wh...