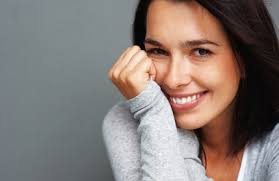 Surprisingly enough,none of the above mentioned possessions do women really want! If you give them all of it,they are still not satisfied! Women want something more than that! What do women really want?
Well.if you really want to know,you have to exercise some patience. The answer is really handy,but it wasn’t easy to come by at first! Before the king got the one answer that almost cost him his dear life,it took him more than 360 days!
Almost every man thinks that what women simply want is money or wealth. Yes,majority on the other hand think that all that women want is -life partner,husband,security! Yet,they are wrong!
Just give a woman the feel of pleasure,husband or riches,and tomorrow,she would still be in need of her want. Then,what do women really want?
Okay,it’s all fine and good! I would tell you what women really want. It is just ONE thing not TWO! And it is neither money nor wealth,s*x nor love,respect nor attention!

What women really want is :
To be in charge of her own life! When a woman is respected enough to be in charge of her own life,she would be happy and she would make everything around her beauty!
If you let a woman decide on her own,she gives you the best. But if you you put it to her that you a man and force her with your decisions,she becomes a witch!
Isn’t this wonderful that what women really want is simply to be in charge of their own lives? What is wrong in possessing ones possession???
Tags: single & Married
Previous Post

Here Are The Strange Reasons Uganda Government closed Down Again Their 23 Radio Stations.