Unbelievable! Actress and pastor Eucharia Anuobi’s blood group ‘As’ and married to ‘As? Now she buries her sickle cell anemia son today 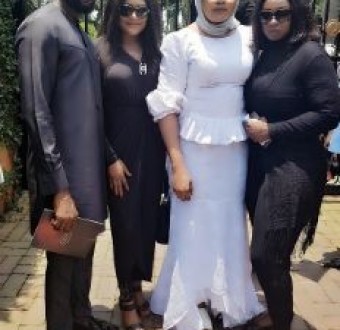 How could someone ever believe that of all people,someone like actress Eucharia Anuobi with all her knowledge and experience could make a mistake that will endanger the future of her children!

So Eucharia Anuobi blood group is ”As”? Well,there is nothing wrong or bad with that. She didn’t choose it by herself it was given to her naturally. The only problem with it however is that she is a sickle cell carrier and she still got married to a man who also is a carrier. What for? Why would a person of this importance make this blind choice in marriage, when she stands to tell and preach to people to make wise choices in life.

Unbelievable! Actress and pastor Eucharia Anuobi’s blood group is ”As”and got married to ”As”? What could have pushed this woman so admired by people she leads to make this grievous mistake in life? Could it be love? Love in Turkey? Love that she would not have found anywhere else in the world? Finally what happened? That same love gave birth to child who continued to live in pains every day of his life until he finally died! That is exactly what this kind of love brings about. It is so selfish a love that the only thing people in this case consider are their present feelings,needs and emotions,not that of their children tomorrow!

Is there anytime people of sickle cell carriers can marry or be allowed to marry because their love is in turkey? Yes,only when they are sure that they cannot have babies,or they won’t have children in life,in order to avoid having children of SS that will live all their lives in groaning pains tomorrow and may still die!

We empathize only to the boy of Eucharia Anuobi,who was born SS,out of his mther’s choice in marriage,and to all children in the world,whose parents who out of ignorance or blind love get married to another sickle cell carrier and give birth to them. We wish you all well,innocent children of the world!!!

To The Married And To Those Broken In Heart, Do Not Give Up! – Dame Judi Dench the 82 year old woman who finds love again

”It is not easy being single. It is not something I ever wanted!” Angelina Jolie reveals

''It is not easy being single. It is not something I ever wanted!'' Angelina Jolie reveals