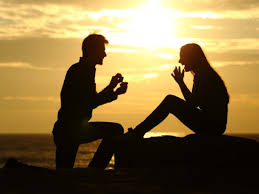 And you know these days,love has gone technology. It has migrated from what used to be analogue to digital. Men are now taking their love style to another level so much that we do not know anymore when it is real love!

A man would see a girl on a street for the first time in his life and claim that he loves her and would like to marry her. On just one spot! What do we call that? Love?
To prove his claim,he takes her out the next day to where he lives and tells her ”This house is yours from now on”. Without giving this girl any breathing space to think about it all,he would stage a societal birthday party for the girl and kneel down in front of every witness and say ” Baby,will you marry me?” If you are the girl would you say no?
But well,this is another kind of love affairs we see in society today. There are many crazy ones out there you may know but what we are talking about here is ”To what extend should man prove he loves his girl?
I was listening to one mid night program on radio and it was all about lovers. The presenter would call someone and say that her boyfriend so so and so gave her her number to call her and tell her that he loves her so much and won’t trade her for anything on earth. And then the girl would say: ”Oh my God this is great! I love you baby so much and forever I am yours!”
The program went on for hours and I kept following it. Just before it got boring,I discovered that so many boys and men have been sending the numbers of girls they just met few hours or days ago to force out love and compel them to get hooked for the likes of them. How do you explain the situation where the caller calls a lady and says ”your boyfriend Emeka  gave me your number and said I should call you on air and tell you he loves you”. Then the receiver would be like ” Emeka? Who is Emeka?” You see, Emeka might just be one boy or man that met her few hours or days before and tried to play Mr. Romantic to girl. Being a stuff who knows what she wants,she didn’t place him anywhere in her heart to remember him in later time. To what extent should man prove he loves his girl? 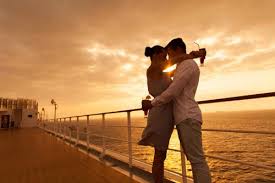 Sometimes I don’t just get it! Who should a guy call his girl?  Someone he met recently and said ”I love you?” The girl who agrees and but said he should give her sometime to think about it? Men,who do you refer to as your girl?
Okay,let’s say you have succeeded in getting the heart of that girl who never wanted you in the first place for any reason with your style of spending and showering love. Would you stop spending and telling the whole world you love her so much because you have succeeded in getting her?
If you dare it,you will have started a trouble you will never win. Understand you began in the first place to prove you loved a girl who never wanted you  in an extent you could not continue. That is your trouble and very big problem,and you must settle it yourself! 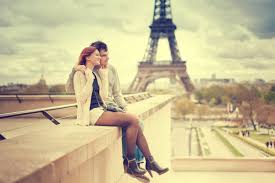 Read here: ”Sex On The First Date Doesn’t Make You Cheap’-Oyin. Is This True?