by JoJo
in Hot Topics
0 0
0
0
SHARES
0
VIEWS
Share on FacebookShare on Twitter
One thing clear about temptation is the fact that everyone is likely to be tempted. So do not ever think that you are grown past temptation,no,no. The importance of knowing how to resist temptation is that as a young person,it will

set you free from much anxiety now and will also prove to be a vital skill that you will need in adulthood. On how to resist temptation,first and foremost,I want you to know that you have the strong power to abstain from fleshly desires. Read more: how to stop addiction to pornography

TIPS ON HOW TO RESIST TEMPTATION
You see,a chain is only as strong as its weakest link says Awake magazine. Likewise,your resolve to do what is right is most likely to break in the areas,in which you are most vulnerable. So ask yourself dearie,which areas do you need to guard against? Is it the area of fornication?stealing? telling lies?
One can resist temptation by  choosing as associates those who share your moral convictions. This is because,the company anyone keeps in life has 70% influence on him.

Behavioral attitude is infectious,know the company that you keep. 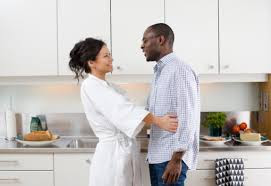 Another tip on how to resist temptation is to avoid circumstances that will make temptation harder to resist. For example:
Tags: addictionAdvice Tips
Previous Post

is kleptomania a sin?

TIPS ON HOW TO RESIST TEMPTATION IN A RELATIONSHIP

TIPS ON HOW TO RESIST TEMPTATION IN A RELATIONSHIP