”This Is Sad! Kaduna Is Now Like Its Governor” Says Reno Omokri. See Details 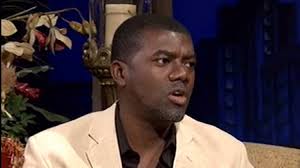 The best selling author of Facts versus Fiction,Reno Omkri has described Birnin Gwari Kaduna as a frustrated and helpless state in Nigeria.
following the killing of 71 people in Kaduna state, Reno was not pleased with the governor of the state Elrufai who was highly busy blaming 3 senators for the killing of innocent people in his state.
In his wisdom,Reno Omokri thinks that the right thing Elrufai should have done as a bittered governor should have been how to prevent further attack and killing of people in his state rather than laying blames on any body and asking God to curse  any culprit of the ugly situation.
Below is his tweet and reaction:
Tags: News
Previous Post

A Guy Left His Girlfriend Stranded At Enugu Shop Rite. Find Out Why!

”Instead Of Closing Down Emzor That Provides Jobs,Nigeria Should Close Down APC That Loses Jobs”-Reno Omokri

''Instead Of Closing Down Emzor That Provides Jobs,Nigeria Should Close Down APC That Loses Jobs''-Reno Omokri