These Were The Terrible Things Dhlakama,Mozambique’s Opposition Leader Did Before He Dies At 65 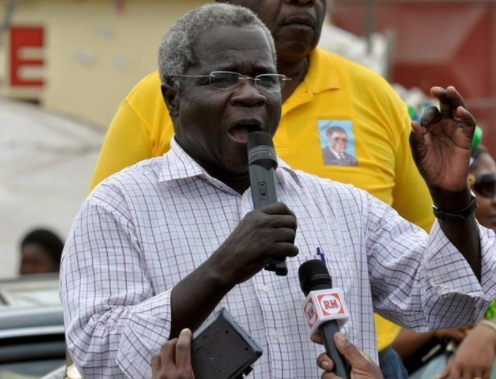 The Mozambique opposition leader who had been waging war against his country dies after a very short illness. He died at 65 years.
Afonso Dhlakama was the leader of Mozambique’s main opposition and former rebel group called Mozambican National Resistance (Renamo).
As opposition leader against his government,Dhlakama had set up a camp for hundreds of his followers to fight against the government if his political demands were not met.
When he was alive,Dhlakama believed in free and fair election. He also demanded for better share of his countries resources and fought that his rebellious party members should be given appointment in top positions in the security and defense forces.
Dhlaka had been a fighter and a strong opposition against any government not his will and did everything in his capacity to bring unrest and commotion in his country.
Sometime when he was alive,he led his fighting followers to attack a police station in the center town Mazungue. Hospitals and public transports were not left in this attack.
Dhlakama was a guerrilla leader who for many years terrorized every government of the day not his party and allowed his followers to violate laws and orders with impunity.
Now Dhlakama is dead,the fear in Mozambique raises the questions : ”What next will the followers of Dhlakama do now their leader is dead?  Will they continue where Dhlakama stopped?  Will there now be peace and rest in Mozambique???
Tags: News
Previous Post