”The president sent out a message of hope and commitment to national integration and cohesion, but Mr. president is proving false to it” says Catholic Bishops in Nigeria 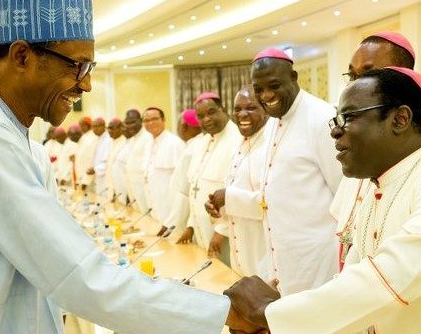 During his inauguration in 2015,president Muhammadu Buhari promised to be a president for all in Nigeria when he said in his inaugural speech: I belong to everybody. I also belong to nobody”. This statement and promise of Mr.president was recently brought to fore by the Catholic

Bishops’ Conference of Nigeria (CBCN) in which they accused President Buhari of not keeping to the promise he made during his inauguration into office in 2015 that he Buhari belongs to everybody and to nobody in particular. Here is their full statement made in a conference held in Taraba state: