From Kindergarten to Graduation: Viral Twitter photos of a mother & daughter 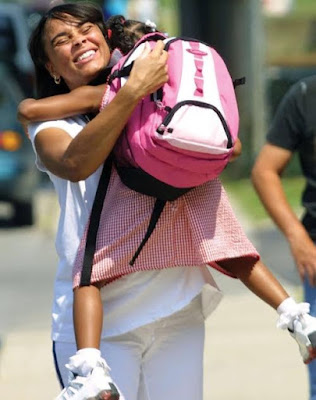 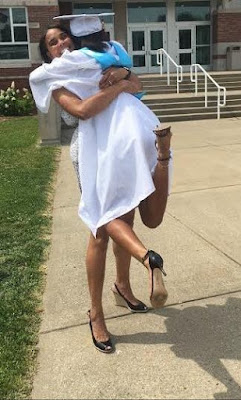 If there is anything that keeps a child going,it is motivation. It can make even a dullest child reach on top. However,there are many reasons why motivation is the most resourceful ingredient for child growth and development. Even in language studies,it is agreed that in as much as children all over the world follow the same process and pattern of development,some children are faster than others. Yes,to those who are slow in growth and development,it doesn’t mean that there is anything wrong with them. It is just their own kind of persons naturally. The only way children who are slow in their growth and development can do well most often is through motivation and encouragement.  Here in this article is an instance,showing the power of motivation.

A single mother who has a child out of a false relationship can be depicted in the above picture. Yes,her boyfriend denied her pregnancy and she kept it. When she finally gave birth to the child,the child was so slow in her growth and development. She grew her first two teeth when she was almost a year old unlike other children. She took her first step when she was a year and nine months old when other children will normally start walking in their 8,9,months or at most,when they are just one year. Everything about the girl had been slow but steady anyways. Yes,producing her first two letters words was also a war.To produce such sounds as ‘ma’ ‘ta’ and others will be a story for another day. Yes,her lovely mother never gave up on her.

Ask for the worst and I will tell you that it was when the girl was admitted in Kindergarten. While other children would be memorizing poems,this girl,oh,I forgot,she is called Patience. Patience would only be looking and turning dumb.She never learnt like others. Just too slow and sluggish! Yet,her mother,never gave up on her.

You know what? The good news is that the mother of this little girl began to enjoy her reward of over ten years of labor, hardship, patience and endurance. No child is born dull. Motivation keeps the soul going whether in hardship or suffering,in whatever odds. When you encourage your child in his low state today,he will do better tomorrow and you will ever be grateful you do! That is the power of motivation!!!