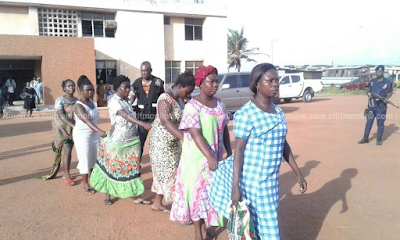 Finally,the issue of burning thieves and suspects in fire has come to the fore. Now,the government can come in and address the issue,and perhaps put a law that will prohibit people from setting fire on anyone,in the name of thievery. Yes,it is the gruesome murder of Captain Maxwell Adam Mahama in the month of June,2017 by burning in Ghana. Heartless people think that burning thieves in fire is the only solution to thievery,and that by so doing,they will surely go score free without any consequences. However,there are indeed consequences of burning people in life.
But come to think of it : You heard a voice shouting a far off saying thief ,thief, thief,and while the victim was running for his safety knowing what next being in a barbaric society and before you knew it,he was already surrendered  by a group of people shouting : ”Bring fuel,bring lighter and so on.” Yes,your heart will really quake as mine,knowing the plight of the victim. In a twinkle of an eye,there came a spark of fire and someone,was already roasting in it. Wicked people!
Captain Maxwell Adam,was not any close to being a thief. Yes,even when he was wholeheartedly saying he was not a thief,that he was a Ghanaian solder the heartless mobs set fire on him,and despite all his effort to escape and survive,they watched him die.
Let us say that Maxwell was a thief,is it in the hands of the people that judgement should go? Are they not supposed to call police if they really are respectful citizens of  law to get him arrested and investigate his case?
The death of Maxwell has taught everyone in whose common environment it is to set someone ablaze because someone is a thief.However,if only the government of Ghana had prohibited the unlawful killing of thieves through fire,as it would have happened to so many of their citizens,the abrupt killing of Captain Maxwell wouldn’t have been. In this case,we first blame the government for their negligence of serious issues such as this,and of course,we also deeply blame those who set Maxwell in blaze. Surely thy will never have any piece of mind as long they live! They have already soiled their hands with an innocent blood,making a woman an unprepared widow,and children fatherless!!!
Tags: Abuse
Previous Post