Gay marriage,is same se* marriage. That is man marrying a fellow man,instead of the other way round. The issue f man marrying a fellow man is not a popular or an acceptable teaching in any tradition of the world. If more than 90% of the world population says,no,and frowns at it,then you should know that gay marriage is abhorred,and it is a rejected idea. Why then would a world president,in his wisdom agree on the majority disagreement? Why would Barack Obama rule in disfavor of people’s 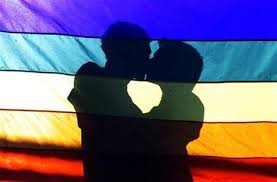 belief?  His reasons are not far fetched. Read more: are some people really created gay?

“The argument that the Obama administration has made is the Supreme Court should look at these laws very carefully because gays and lesbians are a group that have been subject to discrimination in the past,” said Amy Howe, a legal analyst and editor of SCOTUSblog.com, “‘and will be subject to discrimination going forward. So the Supreme Court would need to subject these laws to what we call a very stringent standard of review” balancing the government’s justification for enacting them.
In our own thinking here,one of the reasons Barack Obama wants to legalize gay marriage is to stop a form of discrimination on gay. What barack Obama seems to forget here is that discrimination with good intentions is good,and healthy. Hear what he says below:
Obama: No more hesitation on my stance
Running for the Illinois state senate in 1998, Barack Obama said he was “undecided” on whether to legalize same-sex marriage. Fast forward six years.
“What I believe is that marriage is between a man and a woman.” That was U.S. Senate candidate Obama in 2004. “What I believe, in my faith, is that a man and a woman, when they get married, are performing something before God, and it’s not simply the two persons who are meeting.”
His stance at the time disappointed many in the Illinois LGBT community, but it began an internal process over time that was by his admission, anything but smooth.
“My feelings about this are constantly evolving. I struggle with this,” he said in 2010, two years into his presidency. He told Jake Tapper, now anchor of CNN’s “The Lead,” that “at this point, what I’ve said is, that my baseline is a strong civil union that provides them the protections and the legal rights that married couples have.”
Hah! we fear for this big man oo. How could he believe that marriage should be between a man and a woman and God being involved and yet,legalizes it? Does it seem that he fears God? Hear again the source from CNN below:
Government sources told CNN that Obama made the final decision to file the Supreme Court briefs in the current cases, and the legal language to use.
This was all set in motion in the heat of the president’s re-election campaign last year.
In what government sources says was a quickly-arranged political strategy, Obama told ABC News, “At a certain point, I’ve just concluded that for me personally it is important for me to go ahead and affirm that I think same-sex couples should be able to get married.”
Perhaps bowing to political caution in an election year, the president added, “I had hesitated on gay marriage in part because I thought that civil unions would be sufficient. I was sensitive to the fact that for a lot of people, the word marriage was something that invokes very powerful traditions and religious beliefs.”
The message was reaffirmed in broad strokes at the January inaugural address: “Our journey is not complete until our gay brothers and sisters are treated like anyone else under the law — for if we are truly created equal, then surely the love we commit to one another must be equal as well.”
That is it. The then American President,Barack Obama signed gay marriage into law to give gay equal right,which man and woman enjoy as a married couple. Who are ‘our gay brothers and sisters ‘ as mentioned by Obama?
Tags: marital issuesMarriagemarriage relationship
Previous Post