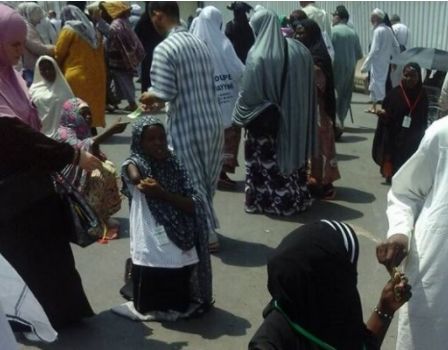 Street begging.
I am yet to see any town,city or country where there are no street beggars,clinging on passersby for alms. In Africa,in Europe,in America,there are thousands of beggars scattered all around the street and on the road begging,not food or clothing,but that they should touch your money.
Why would street beggars be begging persistently to touch your money? Have you ever wondered why they would always try their possible best to have your money in their hand? In Africa,most street beggars have rather a devilish motive for wanting people’s money!
So many well to do people have become poor and retched after giving beggars money out of pity and concern.. Stop giving your money to street beggars. Do this instead!
A young man asked a beggar that approached a company bus he was going to travel in: ”Woman what did you say is your problem? This is more than 3 years I have seen you begging here. What is that you want people to do for you?”
Then the beggar woman told the young man that her son had been lying helplessly on the bed for more than 5 years because there is no money to continue his medical care. Feeling touched and pity,the gentle man asked the beggar to give him her residential address to enable him see her helpless child. The young man promised that if he comes and discovers that the situation is true,he would pay the medical bill and set the woman off from begging.
Well it seems he did so because,after that day,that beggar was never found around the park,begging any more. Stop giving your money to street beggars. Do this instead!
When beggars find out that begging brings them money,they would not want to leave it even when they have received enough for what they are initially begging for to solve certain needs. Before you know it,begging becomes the major function of their daily lives because you give to them!
Stop giving your money to street beggars. Do this instead:
The ugly reality of giving street beggars your money out of pity is that it does not still relief beggars any problems neither does it seem to solve any economic problems at all. If you and everyone feeling pity for beggars and drop some money with them today,tomorrow they would still be there asking for more. Does it make sense to you? Stop giving your money to street beggars! Do this instead: says governor
‘Help beggars  find something tangible doing to better their lives”  says Malam Dahiru Nuru,the officer in charge of the board’s anti begging unit,Kano state Nigeria.
Tags: News
Previous Post

Find Out How This Lady Sold Her Virginity For Money

Find Out How This Lady Sold Her Virginity For Money