Simple Ways to Stop Messing Up Your Relationships 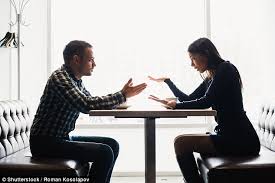 Why You May Be Messed Up In Your Relationship!

Do you know you may be the one messing up your relationship?

Come to think of it!

Have you discovered that virtually every girl child is in a relationship these days except the toddlers?

The moment girls begin to shoot out breasts on their chests,they think they are ripped for relationship. They quickly forget that puberty age is the process and getting ready to maturity as they learn from their biology studies and begin to force out feelings for romance.

Yes,this is why you may be messed up in your relationship!

Recently,we have learnt that girls are the ones going after boys for relationships. Boys know they are still growing and they are not yet ready for anything called relationships.

They only get to know romance through pictures and films but have not really developed real feelings for it. Yes,we now see girls doing the romance on the boys,forcing the feelings out of the innocent boys. Girls why?

Naturally,when things are not allowed to come their own way,nature has its way of sending it out completely.

A man never said he wants you and you have already given him your entire body. You have succeeded in making him lose his senses and have you but don’t worry his eyes will soon open and he will know good and bad.

If he doesn’t respect you,if he has no atom of love for you he will surely hurt you. You see why you may be messed up in your relationship?

You also want to be reckoned with ”Oh she has a boyfriend.” What’s that? What is the price in having a boyfriend? Any gold medal from it? Hello?

Please read this: Is Marriage Really An Achievement? 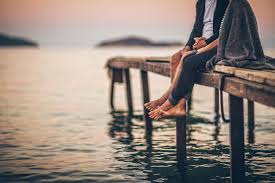 Forcing yourself to be in a relationship with someone who has not asked for it is like forcing someone to study a course he never likes or thinks about. If the course does not mess him up,he  will mess up the course itself.
Love and understanding make relationships work. Yes love. If he does not love you as much as you do,it will only take you and you alone to make the relationship work until you are tired of it. No gift,no love,no appreciation for having you! 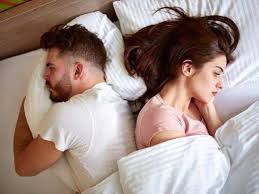 What relationship is there when a lady would be asked ”Do you have a boyfriend” and she would say yes,but when you ask her so called boyfriend the same question,he would say no? His more response would be ”When I have a girlfriend the whole world would know.”
You see now?

When men go for what they want,they go crazy about it. They don’t hide their feelings and they make sure that their girls are happy and full of life. Yes,that is what makes relationship work.

Two hearts must beat as one as it takes two to tangle!! Anything outside this is a mess of relationship. Most times,ladies are the ones that ask to be messed up by men .

They think their boo and ass are what get men tied and hooked up. But not for long. 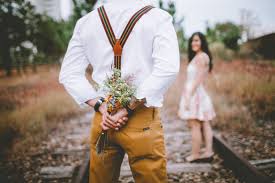 Dear growing girls and ladies,keep calm and do not force relationship to be! Allow the man show interest and give you signal.

Yes,allow him take the lead and then follow up.

Remember,taking relationship to the next level lies not in your court but in his!

If you initiate a man who is not willing to have you in a relationship,he will mess you up. If you think your boo or ass can get him down,one day he will rise and tell you he is a man.

You now see why you may be messed up in your relationship? Use your senses!!!

Is Marriage Really An Achievement

10 Jealousy Quotes For Married And Single

10 Jealousy Quotes For Married And Single