Should You Marry Your Brother’s Widow? 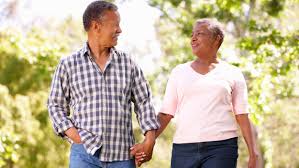 Tradition they say is the totality of people’s way of life. This is to say that whatever and however people choose to live their life,so it will be. Does this mean that every tradition is right and proper? No! There are traditions with questionable customs. Marrying a brother’s widow is one of them.Should you marry your brother’s widow?

The fact that a woman loses her husband is a big loss to her. Is it the pain? Feeling of emptiness?The cold and shock of the whole situation? Yes,what a widow feels at the point of losing her husband is one that cannot be explained,except you too have been in the same situation.

A woman just lost her soulmate to death,and all one tradition could say is ”Let the brother of a widow’s late husband,take over,and possess his wife.” What if the widow of course I know she could not have any feelings for him,say no? In such traditions,the widow cannot! This means,she would be forced to do things against her will and spirit,adding more to her pains and grief. This is why,it is improper to marry your brother’s widow.

To get a woman into another person’s home and family is not easy. This is why,a man would have to pass through many processes,such as paying bride price and other rites,before a woman becomes his wife. If a man does this and later dies,will it not be more proper that any man who wants to marry the widow propose,and again pay her bride price? Why would a certain tradition not follow the same right process of doing things as marriage? Is this not why it is improper to marry your brother’s widow? Should you marry your brother’s widow?

When a woman says ”Yes I do”, She surely means yes to her husband,and not to anyone of his family. Why would this same woman,be forced to marry someone she hasn’t said yes to? Even if marrying a brother’s in -law is possible,at least,the tradition should be sure that the interest of the woman is very much there,and that to an extent,she loves,and also have feelings for him.

Marriage is a very serious thing,and any tradition,wanting to force a widow to marry her late husband’s brother,is very much unfair!! Should You Marry Your Brother’s Widow?

Is it proper to marry your brother’s widow?-marry widow sister,