Should There Be Tolerance In Relationship? 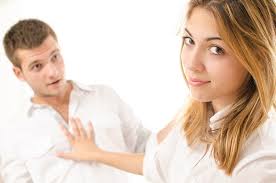 Should There Be Tolerance In Relationship?
One thing is sure-there is nothing in marriage which was not seen and tolerated during courtship. Whatever attitude a man or a woman displays in marriage must have been displayed while courting and because it was allowed,the attitude now migrated into marriage. Should there be tolerance in relationship?
Don’t deny it. Your spouse did show you his or her character while you were dating. But you seemed not to see it because you believe love is blind! Anything he or she did was so good in your eyes and you accepted. Then why are you complaining now?
Some couples could complain! He drinks and smokes a lot! Are you just finding out? Unfortunately it is late. You can’t change it now. It was one of those things you should have pointed out to him while you were dating and told him you are allergic to smoke and odor. Then for the sake of love if he said he loved you so much that he could even sacrifice his life or die for you he could have given up smoking and excessive drinking for your sake. But no,you were afraid you would lose him if you told him to stop his dangerous habit. Should there be tolerance in relationship?
Should There Be Tolerance In Relationship?
The answer depends on what you truly want.Relationship is a nursery stage which grows into mature reasonable status like marriage. Just as the good book says: ”Train up a child in the way he should go and when he grows he will never depart from it” so is your relationship. What is even in dating or courtship? An opportunity to get to know the life of your partner and see if you can go with it. If he or she is not manageable,if his or her character is one you cannot tolerate,you quit the relationship. It is not compulsory that every relationship that one is into should lead to marriage. No!
And if you are the tolerant type,if it doesn’t bother you whatever life style or habit your partner has and you know that you won’t get offended by it tomorrow then tolerate it! Should there be tolerance in relationship? Yes,in this case!
Tolerance is about what you like and what is pleasing to you. Dear Motivational friends,do not be deceived by the thought that whatever cannot be changed during relationship would be changed during marriage. No,it is not in the principle of marriage and it doesn’t work that way! Whatever cannot be accepted should not be tolerated!
To be more sincere,it is in marriage that real personalities and traits show up. It is in marriage that you clearly see the person you have been married to. How he or she chews food and crunches chips,his or her hygiene level and all of that. Can’t you see that marriage is loaded and heavy? Is it something you could pretend to manage? For how long my dear friend?
Should there be tolerance in relationship? Yes,if it is something you know you can tolerate forever. But hey,if you are still considering or asking : Am I sure this is something I can tolerate? Am I sure this man is going to change this habit as he promised? What if he does not change it tomorrow can I adapt to it,accept or condone it? If your answers to these questions are not YES,my dear friend,there should be no tolerance of what you cannot condone later in your relationship!!

Are you one of those who find it difficult to say NO when you ought to do so in your relationship? Read this: How To Say No In Relationship When It Is Hard

Whatever you cannot accept later in marriage should not be tolerated in relationship!!!
Tags: single & Married
Previous Post

Does Your Ex Still Have Feelings For You? Find Out Here!

Does Your Ex Still Have Feelings For You? Find Out Here!