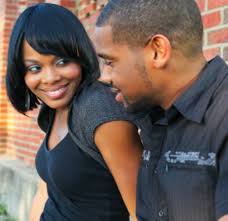 This question has been often asked and I wonder why. For those of you asking if you should marry your sister’s ex,I should also ask you: Can you marry your mother’s ex,if she’s divorced him? You don’t want to answer? I just wondered why!

Yes,relationship is not a sure thing to marriage. It is like an aptitude test which tests the levels of students’ intelligence,to see whether they should be admitted into a school or not. If the students pass their set examinations,they should be sure that they will be admitted into the school of their choice. The same is relationship. During the time people are dating,they usually give in their best to make it work into marriage.But,what if the doesn’t work and say your sister loses her guy,and the same guy says it is you he wants to date, should you date him? Read more: Is marriage compulsory in life?

At the period of dating,both the body,and spirit are involved. It looks that one is already living n the other,so much that when one of them is worried,the other person feels it no matter where they are. Now,if your sister is having problem with her guy,and the guy says that it is you he wants,would you accept? Remember,it is only your sister that is losing,and she alone is the person that is hurt. Dating her ex,would make her hurt more, and whatever bad she feels for her ex,shall be given to you double.

My dear lady,love generates,and feelings grow. Don’t ever allow yourself to generate feelings for someone who is your sister’s ex. If you do,you may end up creating an eternal hatred and enmity between you and your sister all because of marriage.

Above all,marriage is an added joy to a family,and nothing should make it sorrowful,or hateful. Marrying your  sister’s ex,is not a pure thing to do,when you can actually develop some romantic feelings with any other romantic guy out there!