should I lie to my fiancee that I am a virgin?-virginity lost symptom,virginity test,

We don’t understand why on earth you would ask this type of question.Did he ask you whether you are a virgin or not? We asked because,a lot of ladies we know have lied to their fiancees who truly value virgins that they were virgins,when they were actually not. So,do you want to impress your fiancee with virginity issue? What should you do if you are no longer a virgin? Should I lie to my fiancee that I am a virgin? Let’s talk together! Read more: why you can’t find the right person in relationships 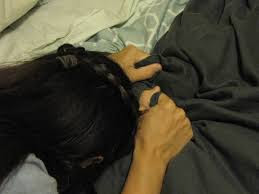 When I was in school,my course mate whose name I won’t mention came to my room and told me about her fiancee. Among other things,she told me that her fiancee values virginity more than anything. Now on a straight talk,she told me that her fiancee asked her if she was a virgin. Then I asked her what her response to him was,and she told me that she hadn’t said anything to him yet. Her coming to me was actually to take some advice on what to tell him next. Did you know my advice for her? Oooh you should! Because I didn’t want to invade so much in her privacy,I didn’t ask if she was a virgin a not. All I could tell her as a good friend was to be honest to her fiancee,and never lie to him. And so I said : ”If you are a virgin,tell him yes,you are,and if you are not a virgin,don’t lie to him you that you are because,he may never trust you again when he eventually finds out!”

Why would you lie to your fiancee with a thing so sacred as virginity? If he eventually marries you,will he not find out later? Look at his expectations on your first day in bed with him.Imagine how he must have planned to take it with you that day,and all of that. Imagine how this man will feel on getting right into the opening and finds out that the road is one express without the expected holdups! Yes,you would have betrayed him,deceived and frustrated him,and made yourself worthless in his eyes. 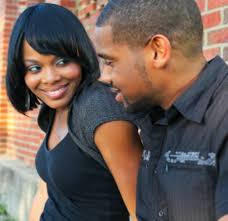 Yes,back to that course mate of mine I mentioned earlier. She was not a virgin,and she made bold to tell her fiancee that no,she wasn’t. She wasn’t sure the next action her fiancee would take having come this far with him,but she said that being honest to him was the best thing she could do for him at that moment. Did you know what happened again? Yes,her fiancee,called her,and they fixed their wedding date. He said that her honesty was far better than virginity to him! Could you imagine that? Respect and love!

My dear lady,there is nothing like the truth. Even the Scripture says: Tell the truth,and the truth shall set you free!  Yes,don’t be afraid of telling your fiancee that you are not a virgin if you are not. Don’t  also fear that you will lose him if you tell him the truth. Any man who leaves you because you tell the truth is he who will lose at the end of the day,and never you my dear!!! Should I lie to my fiancee that I am a virgin?

Should I Tell My Fiancee About My Past?-my past flirts with me,my past experience,

how to attract Mr. Right to love me- attraction,magnetic attraction in relationship,

how to attract Mr. Right to love me- attraction,magnetic attraction in relationship,