Should breakup lead to suicide? –

A lady who wants to commit suicide because,her boyfriend leaves her 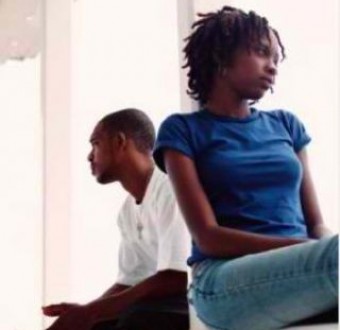 On social media,we have seen and heard a lot of girls asking for advice on what to do having a breakup relationship. Instead of consoling and sharing helpful advice to such heart broken victims,we get such comments as ”Yes,get some poison,kill yourself”’. ”No,come take belt and hang yourself” and all of that!

Is there anything wrong in seeking advise from social media? Absolutely no! But unfortunately,social media has become one of the most jokers rest-point center.

Alright the lady above lost her boyfriend to another woman after a long time in the relationship.  She said she doesn’t know what to do,but her mind is asking her to commit suicide. We don’t blame you my dear,and we won’t query you either. Anyone who has been in a relationship would understand what and how it feels to lose a relationship partner to someone else. But listen:

Relationship is a testing time and period in people’s life. Often,we have advised that while in relationship,people,should not put all their hearts in it. ”Use your head,not your heart so that you will be able to see things as they take shape”. Loving with your head will make it easier for you to get out of the trauma that losing a lover in a relationship can bring.

But come to think of this : If you try committing suicide because your boyfriend leaves you,what will you do if your husband disappoints you ? The man who will have given you home and everything as a wife?

Listen,relationship can either succeed or fail! Always have in mind that it is a testing period,a time to determine whether the person you are having intention to marry is really good for you or not. Thinking that every relationship that one enters must lead to marriage is a big deceit!

Why would a young lady like you are even think of committing suicide when you are fit and hearty? Dear lady,go fix and package yourself in a way that you will truly love yourself first. Like seriously,are you really proud of yourself the way you are? If you love yourself,you would not have thought of taking your own life because someone said he is no longer interested in you. Is he your lifeline? Were you not living before you met him? Babe,use your head!!!

monikmotivational.com: A romantic lecturer who proposes to his student –

This is atrocity: Man cuts off his 7 year old daughter’s finger and dumps her to die

This is atrocity: Man cuts off his 7 year old daughter's finger and dumps her to die