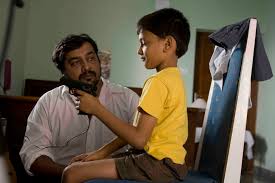 Some people also feel that children from poor background who live in low income areas,are the only ones vulnerable to s*xual abuse. But it is not true. Any child who is kept in a vulnerable state and condition can be s*xually abused.

Any boy-child who grows up this way will eventually grow up to s*xually abuse other boys and girls that vulnerably come his way. This is what we call ”Abused Abuser Factor”.

”Perpetrators don’t just pounce on children, they groom them.  They gain their trust, get their confidence and it can start with something so basic but you will be amazed what that can do to a child over a period of time.  Some people will say why didn’t the child speak up? It’s because the child did not know better and that is the danger we have in sexual violence. Society most times often blame the victim, even when it is a child. These are the things perpetrators take advantage of and use to groom children” says another researcher.

The truth is that boy-child also suffers sexual abuse problems as girl-does does. No gender is immune to s*xual abuse as long as parents and guardians expose a child to vulnerable conditions!!!