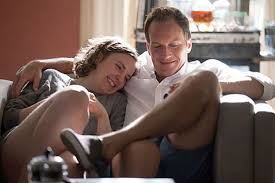 This statement is coming from a Twitter user seeking to be notable among stars who could be talked about anytime,anyhow. Coming up,she has a controversial opinion on s*x saying that sex on the first date does not make one cheap. Is this true?

If s*x on the first date does not make one cheap does not Oyin imply that s*x on a second,third or on  frequent dates make one cheap? Then what difference does it make to have s*x on a first date and avoid it on further dates? What wisdom does Oyin the profounder of this statement give when she says that sex on the first date does not make you cheap?
Oyin,does a wise saying not have it that first impression matters? If a woman loses herself and opens her legs for a man who wants to see what she has in between her legs on a first date,has it not tell it all what kind of person she is? The man might not have her again on another date if he ever wanted marriage with her in the first place.
What kind of woman would a man naturally want for marriage? Is it a woman who willingly opens her legs for any man that wants them open? A very loose woman? This is crazy and weird! It is only acceptable in a wayward world.
Someone comes up on a social media platform and all she could give out was promotion of s*x on a first date saying it is like an interview and if one passes it,one would be called to start work. Take a look at her statement below: ”S*x on a first date does not make you cheap. It is called a relationship interview and if you are called back you got the job”. Yes,Oyin is right on an aspect. The kind of date here is relationship interview! Get it right: The date being talked about here is not the one on serious relationship between suitors for marriage. It is a relationship business,seeking for s*x workers.
But why would the profounder,Oyin associate any proper action or attempt required for getting job to being cheap? What business does a harlot have with looking or being cheap when it comes to s*x? Is it not what she promotes and sales?
Where we are having troubles here with Oyin is on the area where she is mixing dating with s*x work. Oyin,you are making it look like s*x on a first date is good and normal thing and you are encouraging it. Saying that sex on the first day does not make you cheap is asking girls in your generation,people who look up to you for advice on relationship to go ahead and have s*x with their suitors on their first dates. If they do it well to the satisfaction of their suitors and prove they are experts in having s*x,you said they would be called back for work. Which work? S*xing rather than marriage!
Hah! This is unfair Oyin!A woman of virtue doesn’t deceive her younger generations. She rather builds them up and sends signals!
To be on a safer side girls,do not open your  legs to any man on your first date. Marriage tie is not founded on s*x performance but on trust.Let your man see moral qualities in you that should make him stick to you. 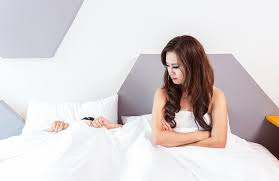 Many girls have been deceived by immoral concepts adopted by young ladies such as Oyin but you should stand out! The truth still remains that any man who wants to marry you would hasten up to do so when you harden yourself from having s*x with him until marriage!!!
Tags: single & Married
Previous Post