Serena Williams Reveals Why She Walked Down The Aisle Alone Without Her Father. See Here. 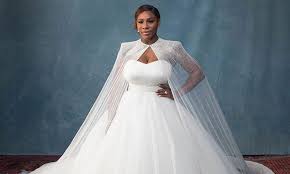 The American Tennis star,Serena Williams who got married to the father of her daughter Reddit co-founder Alexis Ohania on the day of her wedding walked down the aisle alone while her father was and is till very much alive.
Serena Williams didn’t know that that would ever happen,that her father who was so much fund of her,her former long time coach could suddenly turned down the honor of his baby and last daughter of five
girls just an hour before her wedding. 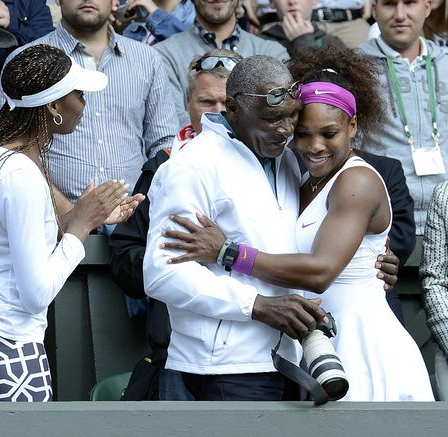 According to Serena,her father’s suit and kits were ready and just in one hour to her wedding, her father who was supposed to walk her down the aisle called her and said he was sorry,he couldn’t watch her walk down the aisle. and that he won’t be comfortable giving her away.
“He was in New Orleans, he had a suit, and I know he was really excited.
“But then he wrote me and said, ‘Serena, I don’t want you to be mad at me, but I just can’t walk you down the aisle. I’m not myself anymore. I’m just too nervous.”
Was Serena angry about the turn of event? This was the reply she gave her father:
“Daddy, it’s okay, if you don’t want to come to the wedding at all, that’s okay too. I’m not going to be upset with you about it, so I don’t want you to be upset about it.”
Below are more things Serena said about her father and family:
If he doesn’t want to be up there in front of a lot of people, I completely understand. Look, when we first came on the scene, there were a lot of people who didn’t get him.
I don’t think a lot of them wanted to get him. I don’t think a lot of him could have anyway. Our family knows what we have.
We just want each other to be happy. That’s what matters. I don’t think anything could ever change that.”
Tags: celebrity news
Previous Post

”Federal Government Is Plotting To Assassinate Me”-Wike. See His Evidence!

''Federal Government Is Plotting To Assassinate Me''-Wike. See His Evidence!