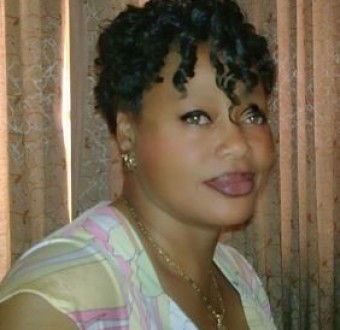 Actress Obot Etuk,where have you been? Have really missed you plenty! I won’t forget those days in your home movies where you would put extra efforts in acting to send the message of virtue,chastity and morality into the hearts and minds of bloom age. Thank you!

”Run as far as you can from any man who insists on s*x before marriage” Actress and pastor Obot Etuk tells ladies. Experience is the best teacher right? We didn’t say that Actress Obot Etuk was a victim of s*x before marriage in any where here. No. What we are saying is that being a mature woman who has seen things from south and north,breadth and width,she can tell from underground,to the top.

Any man who demands for your body before marriage is making clear to you that what he really wants from you is S*x, not marriage! A man who wants marriage will build his girl’s character to the point of becoming a full grown woman. He will not violate her or put her in a family way before marriage.

According to Obot Etuk, ”s*x is meant for married people and waiting is maturity and virtue”. That is true sweety. ”Run as long as you can from any man who insists on s*x before marriage” she says to ladies. S*x is sacred that the only people who are permitted to have it are those whose heart are already bonded by God as one body. That is why s*x is meant for marriage,and not just for any people who are in relationship.

What can actually make a man who really loves you and want to marry you,demand for s*x? That means,he is in infatuation rather than in love. ”Love is patient,love endures all things” the good book says.So,even if he is aroused to have s*x with you,he could be patient and wait until the D day and endure the urge.

If you allow your man to have s* x with you before marriage,he will always believe that you always do the same with some other men out there,and that is how you make yourself vulnerable to men and risk your chances of a better marriage!!!

”My wife is far better than Nigerian ladies in every positive way.She is a wife material”. Man who marries a white woman,much older than he is says

The death of Nollywood actor Okwy,Chukwujekwu announced: ”A SMALL CLIP OF MY FRIEND LYING DEAD”

The death of Nollywood actor Okwy,Chukwujekwu announced: ''A SMALL CLIP OF MY FRIEND LYING DEAD''