”Restructuring Nigeria ,A Must To Political Stability”-Anyaoku,Akintoye,Others 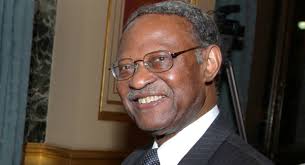 Restructuring,a matter which suddenly went cold has been refired yesterday with one voice by some leaders from East,North and West saying that the only way to stabilize Nigeria and ensure progress is through restructuring.
Former Commonwealth Secretary-General -Chief Emeka Anyaoku former military governor of Rivers state Gen Zamani Lekwot,renowned historian Prof. Banji Akintoye and Ohanaeze Ndigbo President General Chief John Nwodo and others in one and strong voice have urged those in power to return to true federalism through restructuring.
Stating the importance of restructuring,Chief Anyaoku says:
“I believe that restructuring Nigeria’s present governance architecture by returning to the provisions of its 1960 and 1963 constitutional arrangements will not only help the emergence of a leadership that will pave the way for a national rebirth, but will also put the country on a more assured path to political stability and faster socio- economic development.
“I am proposing a restructuring of Nigeria into a true federation of eight federating units comprising the existing six geo-political zones plus a restored old Mid-West region and a newly created Middle Belt federating unit”.
The former Vice President of Nigeria,Atiku Abubakar also spoke to reporters at the sidelines of the event that restructuring will not and cannot be far fetched if he is voted Nigerian president in 2019.
He said:
“The process is not rocket science. A serious-minded government that knows how to listen and build consensus can restructure Nigeria for the benefit of all and this I undertake to do when I become president.
Atiku Abubakar said he would achieve this by having a cordial relationship with National Assembly,seeing it as an independent partner rather than a competitor.
Speaking on who wins election in 2019,Nwodo urge Nigerians to vote only politicians whose interest is to restructure Nigeria.
Nwodo Said: “Nigerians, any leader who does not recognise that the cause of our underdevelopment, bickering, missed standards, is the fact that we do not have a restructured nation, don’t vote for him.”
For Professor Akintoye a Historian and former senator,he strongly believes that break up is sure and necessary if the government cannot restructure the country:
“If Nigeria does not take steps, which are important and prerequisite; if Nigeria does not take steps urgently, to return to a federal system, the kind of federal system that we saw in the 1950s up till 1965, Nigeria may very likely break up. That’s my assessment of the situation.
“I’m a historian and I also happen to have been in your politics, but I speak from what I know. Don’t say that your country cannot break up, it can. Any country can break up. The Soviet Union had the most feared government on earth by the middle of the past century. I was in Tashkent, Uzbekistan for a few days and I saw that the people were scared of the Kremlin. That was in 1982. Less than 10 years later, those people who were scared of the Kremlin were already an independent country.”
Therefore in one voice,they said that restructuring is a must for political stability and for oneness of Nigeria!!!
Tags: News
Previous Post

”Olusegun Obasanjo’s letter To Me Was Abusive” Buhari Says In Washington D.C.