Interior Minister, Dambazau, condemns ultimatum given to Igbos by Hausa youths, says Nigerians are free to live in any part of the country 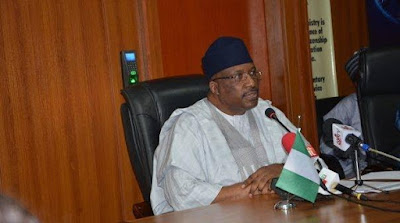 Good a thing to know that Igbo people had always been as one group of people,in a very defined entity before the country,Nigeria,came into existence.  It was Sir Lord Lugard,that amalgamated the Igbos,Hausa and Yorubas and other tribal groups as  one country called  Nigeria. Well,the young man called Lord Lugard had good intentions for Nigeria. All he wanted was for people in the same geographical area to be called one people,one nation. This of course is an honest idea and he made it so.

As one people,one nation,it is expected that everything nature and strength should produce be evenly distributed knowing that what is good for the goose is also good for the geese. Unfortunately,just one group of people have  been cheated and treated like nobody. They are the Igbos. However,here are the reasons why Igbos cannot stand as Nigerians.

Virtually everywhere the Igbos are,the sure thing is that they will definitely progress and succeed. They always do well and outshine or supercede people in whose lands they are. Yes,the Igbos are hard working people,who will never rest or give up until they achieve their goals. Goal getters you may call them.

Once upon a time,Lagos government decided that the Igbos should leave Lagos city for their own states of origin. The Lagosians were so scared like the Egyptians that the Igbos would overshadow them and take away their state. If you ask,we would say that the Igbos were actually the people who went to Lagos in the early beginning and developed it with their man power,strength and wisdom. And now,the Lagosians want them to pack their loads and leave Lagos. Hmmm….

Again it is the Northerners. After all the investment of the Igbos in Northern states Nigeria,the Northners are threatening that the Igbos must leave or risk their precious lives as ever.

It is so obvious that Igbos cannot stand as Nigerians in Nigeria otherwise,they would have been accommodated and be allowed to live freely wherever they  choose to live in their own country since it is one Nigeria. The fact that the Igbos are being threatened virtually wherever they are in their own country is an evidence and the reason why Igbos cannot stand as Nigerians.

Can torture bring any justice? –

Can torture bring any justice? -