School,an institution of learning,where knowledge is taught and acquired,is respectfully made to be imparted by both male and female,man and woman who have been duly trained to teach,and who indeed have unending desire to do so. However,statistics have shown that more of female teachers are now seen in primary and secondary schools,teaching,than male teachers are found. What could be the reasons for the decline of male teachers in primary and secondary schools? Why are there so few male primary school teachers? Well,the answers are not far fetched. Here,we are going to see the reasons for decline of male teachers in schools here and now! Read more: why there is a decline in number of teachers 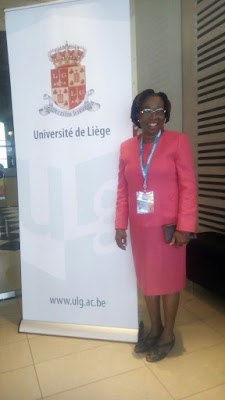 When formal education first came in to Africa,men,were first seen as the best kind of people to be  employed for the job of teaching in schools. This is because,men by nature,do not often have any reasons for distractions as women do. For example,no man has ever been seen going to school with babies,whom he would look after or take care of,nor,has any man been seen with the attitude of gossiping,or laxity,which could be major objects of distractions for teaching. Men however,have been seen over the years,as more capable hands to handle the act of teaching in both primary and secondary schools. What then are the reasons for the decline of male teachers in schools? Why are there so few male primary school teachers? 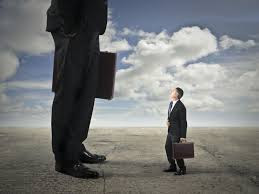 You see,when I was growing up,I had never seen a teacher,richer,than a farmer or any skill acquisition worker. Teachers,have always been seen as charity workers,whose salaries,can take care of  their daily bread and sustenance. Is this the kind of job you suggest that men,full flesh bodies with heavy future responsibilities,should do? Have you forgotten that these people called men,are the ones that would marry wives,give them homes,produce children,and still care for their material needs? How can a job,which merely provides just daily bread and sustenance,be the choice of employment for men,fathers and husbands? This,is one of the reasons for decline of male teachers in schools today.

Someone there might say that male teachers were rampant in schools,in those days. Yes,it is true! That was then,not now! You see,those days,things were better than they are now. There was what we call communal living. A situation where people live for the interest of one another in their community. It was only at that time,that farmers, fisher men,and others,would always send some of their produce to teachers,and teachers would collect the items,honorably. It was only at that time,that pupils and students would always go to their teachers farms,cut down the grasses,and cultivate lands for their teachers. In that way,teachers would not have to pay some people to do all of that for them,and in harvest seasons,they would have some harvest to feed themselves and their families. Today,this is no longer so. Life,has changed!Teachers depend only on their salaries to take care of their needs. Did you see the reason why there is decline of male teachers in school?

The time when food is the most basic need of individuals is gone. This time,having a comfortable shelter and even a car,are as essential to life,as food is. If man eats food,will he not also wear cloths? Will a teacher who teaches others,not also teach his own children,send them to school and pay their school fees? How would he be able to accomplish all of these things when he is paid a mere salary that can only take care of his daily bread? This again,is the reason for decline of male teachers in schools.

In conclusion,we want to say that men are the kings of the earth. They are the only reason why women become wives,and why children are born, given homes and bearings. Men,need to be uplifted and built strong like a tower through strong financial capacities. If schools,really want men to get back to their formal positions as classroom teachers,then,schools must have to pay the price of comfort,and sustainability to their male teachers. Food is necessary to life,as other comforts to life are!!!