prisoners and government -prison and crime control in nigeriaprison break,

Female prisoner pictured with her baby as Gov. Shettima breaks fast with inmates at Maiduguri Prison 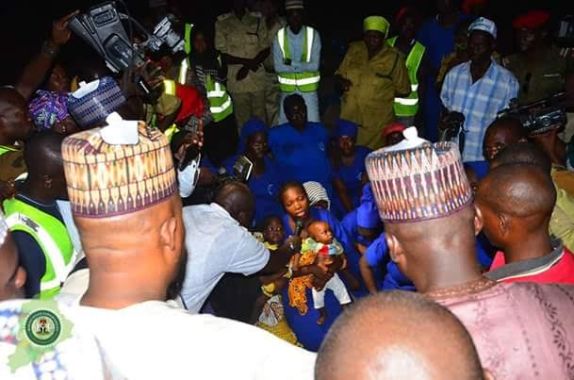 A governor went to a prison in his state where he is the head and first citizen of,and all he could give the prisoners was just food to eat. First the news says that the governor,governor Shettima saw a female prisoner with a baby which obviously is hers. ”Why should a governor visit a prison only to give the prisoners food”?  my people in Nigeria ask?  What else are these people expecting the governor to give to prisoners after all? Aren’t the people of state Borno supposed to be happy that their governor even remembered and made time to see prisoners in Maiduguri prison? Yes,they are! But the people of Borno have more reasons than the eyes can see. Come along…

WHAT GOVERNMENT SHOULD DO FOR PRISONERS.
It is a true saying that 1 out of 100 prisoners is innocent. It is also a fact that not everyone in prison,being called a prisoner is actual guilty to be a prisoner. In one of our one time interviews with some prisoners in some prisons in Nigeria,we found out that some people are in prison because of one strong allegation or the other. Yes,others have also become prisoners because,they do not have a mouth that can speak and defend them before the court. Therefore,they will continue to be in prison until the day will come,when one president or governor will wake up and decide to show some prerogative of mercy to them.
Yes,what is actually expected of governors  or president,from government to say is to show prerogative of mercy to prisoners,knowing that out by releasing 100 prisoners,the soul of that innocent prisoner who has been treated unjustly,will finally be vindicated and at last,set free!
Again,the issue of female inmates carrying pregnancy and giving birth to babies in prison is unlawful. This is a constitutional taboo for prison where rapists and other immoral persons are kept for reformation purposes to be found,some hoodlums who take advantages of prisoners . Yes,who is responsible for the pregnancies of female inmates? Are the governors and the president not supposed to know and put corrective measures in their places? Every now and then,the only thing we hear is the news of pregnancy,pregnancy, pregnancy in prison and never any proper investigations to find out those responsible for it to shut the mess up! Female inmates pregnancy is abnormal,and unheard of! Government is expected close this mess of abuse on human rights! However,there is more than the eyes can see in prisons….
Tags: Abuse
Previous Post

monikmotivational.com: Kidnapping and robbery ,causes and the way forward…