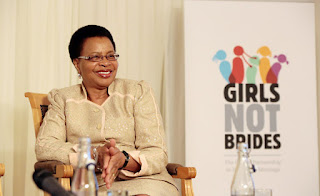 Marriage as an institution arranged by God has the primary purpose of procreation, that is giving birth and filling the earth with humans. However, there are people who are born eunuch,who made themselves eunuch, and who are forced to become eunuch. The word eunuch means not having feelings intended for marriage, or sexual relationship.

The fact that some people are born eunuch simply means that there are people, who naturally do not want to marry. They just want to remain single and unmarried. In African culture moreover, parents, culture, family and friends usually do not see it normal for a lady to say no to several suitors. Seeing her choosing to remain single for life is to them a taboo.
Pressure imposed on them by these people and culture, finally make people who chose to remain single eventually get married. Is forced marriage an injurious abuse!!!
Tags: MarriageRelationship
Previous Post