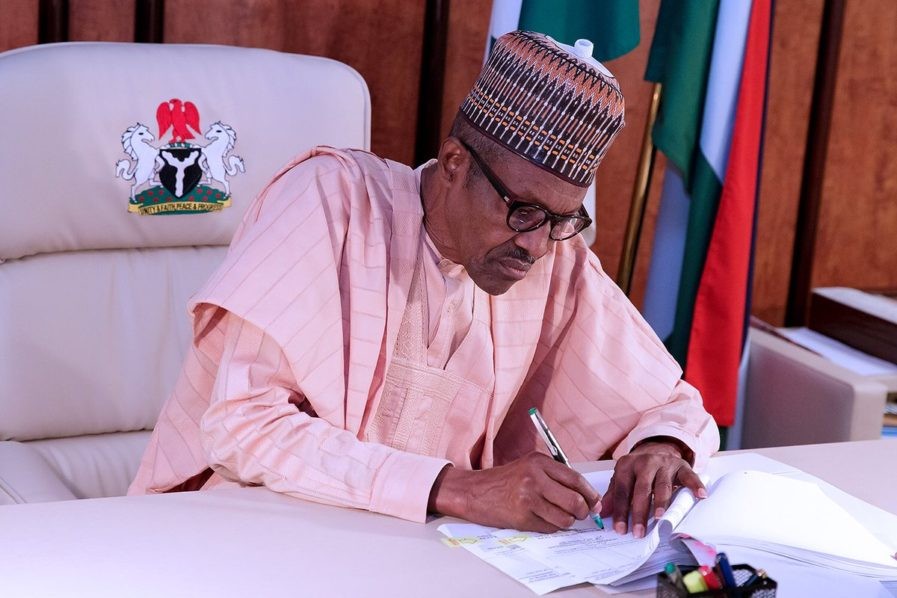 It seems this time for Nigerian President is for signing of laws and amendment of constitution.

Yesterday 8 2018,the senior special assistant to President Mohammadu Buhari on National Assembly matters,Ita Enang,disclosed a number of laws the President has signed as well as constitutions he has amended. See below:

“Therefore upon this signature the amounts standing to the credit of the judiciary are to be now be paid directly to the judiciary of those states, no more through the governors and no more from the governors.
“And then the amounts standing to the credit of the houses of assembly of the respective states are now to be paid directly to the houses of assembly of that state for the benefit of the legislators and the management of the states house of assembly of that state. This grant full autonomy now to the Houses of Assembly and judiciary of states.
“Another act which has come into force today is constitution amendment 21 which relates to the determination of pre-elections matters. It has reduced the date and time of determining pre-election matters to ensure that the pre-election matters in court do not get into the time of the elections and do not lend thereafter. The relevant section of the constitution has also been amended by this act, therefore amending the constitution.
“The other one is bill 16 which is now an act. The intent of that Act is to ensure that where a vice-president succeeds the president and where a deputy governor succeeds a governor, he can no more contest for that office more than one more time. The effect is that having taken the oath of president once, he can only contest one more time and no more. That is the intent of this amendment.”
Tags: News
Previous Post

Do I Love Her Or Am I Just Lonely?

So Why Did World CNN’s Anthony Bourdain Commit Suicide? Get Some Highlight!

So Why Did World CNN's Anthony Bourdain Commit Suicide? Get Some Highlight!