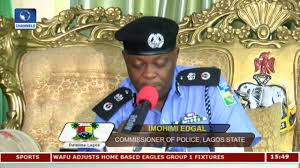 It’s been almost a year now since Nigerian government has warned her citizens against hate speech propaganda either in slander or in libel.
The hate speech is not just against politicians or against the government of the day,it also involves religious propaganda.
A 35 year old pastor in Lagos state Nigeria has been arrested by police for hate speech propaganda against Catholic church.
Below is the nature of the hate speech as released by the Lagos state Commissioner of Police to newsmen:
”The Pastor was arrested allegedly while in possession of an inciting publication titled: “Beware of Catholic Women Organisation (CWO) and Knights of the Catholic for they are occultic.” ( Hmm,this is huge pastor!)
Edgal Imohimi,the police commissioner explains further:
“This is a case of insult to religion and propagation of hate speech which contravene Sections 124 and 168 of the Criminal Laws of Lagos State 2015.
“This should be a lesson to be imbibed by all religious leaders. We must encourage and preach religious tolerance,” says Edgal Imohimi.
He thereafter concluded that pastor Chris Mordi of the Miracle of Fires Ministry Langbasa Ajah Lagos would be charged to court for alleged hate speech and religious intolerance!!!
Tags: News
Previous Post

”Let Me Face My Trial Alive”! Kidnap Kingpin a.k.a Evans Weeps Of Hunger In Court

''Let Me Face My Trial Alive''! Kidnap Kingpin a.k.a Evans Weeps Of Hunger In Court