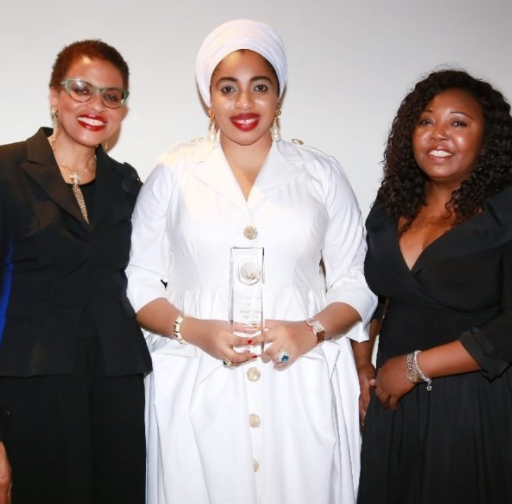 Once upon a time,a young man asked an old man: ”Could anything be worse than losing ones sight”? In reply,the old man says ‘:”Yes,losing ones vision”!  If one has both eyes and does not have any

vision,of what use are his eyes?

Again,once upon a very good time,a young woman I know so well says of a woman who got married and abandoned her education and dreams,all for marriage: ”If marriage will make me useless,let me rather  remain single for life,and continue enjoying my aspirations”!
Ooni of Ife’s ex-wife, Olori Wuraola was considered as the most fortunate woman in her tribe,for having been chosen as the wife of the Ooni of Ife. This is one position every lady so jealously admires to be in life. They could just do anything to have such honor of being in Ooni’s palace,how much more the honor of being a wife of the Ooni of Ife himself!
When the news that Olori Wuraola was getting out of marriage with the Ooni of Ife,it was a shocking message which was never believed,until she took her bows out of the palace. Initially,it was assumed that something went wrong with her,and some people even said that Olori Wuraola was being senseless,for leaving her marriage with the Ooni of Ife!
Now guess what? Olori Wuraola has been awarded a humanitarian award at the UN. Henceforth,Olori Wuraola is now addressed as Her Highness, Queen Zaynab-Otiti Obanor. Olori Wuraola was formerly recognized as a Queen in the royal palace of Ife,but now,Olori Wuraola is being recognized as a Queen in all United Nations,for her humanitarian services to the world as a whole. She is a woman of good heart,standing strong to defend and fight for justice,right and equity.
Congratulations to the Queen,Queen Zaynab-Otiti Obanor! She wasn’t never ever afraid of losing her sight,but fears losing her vision,instead to marriage!!!
Tags: cultures and traditionspersonal building
Previous Post

The hilarious spokesperson is here again with many quotes. ”Nerver marry a woman that you will ‘manage’ just because you are poor. If you do,you will abandon her when you are no longer poor”-Reno Omokri’ see other things he says: